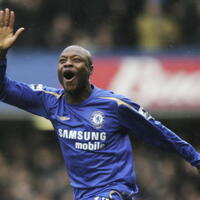 William Gallas net worth: William Gallas is a French soccer player who has a net worth of $15 million. William Gallas was born on August 17, 1977 in Asnieres-Sur-Siene, France. His position is center back. He began his senior career with Caen in 1995, appearing in 34 matches for the club. In 1997-2001 he was a member of Marseille, scoring twice in 82 matches. In 2001, he joined Chelsea, appearing in 159 matches and scoring 13 goals. By 2006 he was a member of Arsenal, netting 12 goals in 101 appearances. In 2010 he joined Tottenham Hotspur, scoring once in 61 games. Since 2013 he's been playing for Perth Glory. Internationally, he played for France from 2002-2010, netting five goals in 84 appearances. The club won the 2003 FIFA Confederations Cup. Gallas retired from international play in 2011 after he was not chosen for the World Cup roster. With Caen, the club won the Ligue 2 championship in 1996. During his tenure with Chelsea, the club won the Premier League in both 2004-05 and 2005-06, and the League Cup and FA Community Shield in 2005. Personally, William Gallas was a member of both the 2003 and 2006 PFA Team of the Year awards, as well as the 2007-08 ESM Team of the Year.