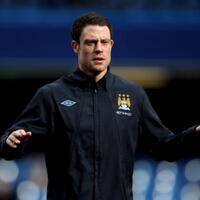 Wayne Bridge Net Worth: Wayne Bridge is an English footballer who has a net worth of $9 million. Born Wayne Michael Bridge on 5 August 1980 in Southampton, England, he plays as a left back for Football League Championship club Reading. Early in his childhood while still a toddler, Bridge settled in Winchester with his family, but he would get back to his home town Southampton later in life under very favorable circumstances. As a talented young athlete he was a part of the Oliver's Battery Primary in Winchester, where he caught the attention of manager Micky Adams. Under Micky's suggestion, Bridge would sign with Southampton F.C. as a trainee in 1996. By 1998, he already turned pro and steadily moved himself from a skillful left back into a starting position. In 2001, Wayne Bridge's talent received its first nod as he was voted the Southampton player of the year. But the big fish came calling in 2003, when Bridge moved to Chelsea for a fee of £7 million. Originally pegged as a starter and failing to secure a starting position with The Blues, Bridge won two League cups in 2005 and 2007, before being transferred to Manchester City in 2009. During his Premiership career, he also spent some time playing for Fulham, West Ham United, Sunderland, Brighton & Hove Albion on loan. As for his international career, Bridge also starred on England's national team with 36 appearances, which include representing England in the World Cup.