Vincent Kompany Net Worth and salary: Vincent Kompany is a Belgian professional soccer player who has a net worth of $45 million. Vincent, whose soccer positions are center back and defensive midfield, now plays for and captains both the English club Manchester City and the Belgium national team. He was born in Uccle, Brussels, Belgium in 1986.

He started his career at the age of 17 with Anderlect. During his time with the club he earned the Belgian Golden Shoe as well as the Belgian Ebony Shoe awards. In 2006 Kompany was acquired by Hamburger SV for $10 million. During this season he injured his achilles and missed most of the season. In 2008 Kompany was transferred to Manchester City in the Premier League. He signed a four year deal worth an undisclosed amount, but thought to be near $6 million. During the 2011-12 season he became captain of Manchester City. He also led the team to win the Premier League division in the same season, breaking a 44 year drought. Vincent Kompany also is a chairman of Belgium D3B club BX Brussels. He has also broken into the business world, owning two sports bars in Belgium named Good Kompany. He has been a member of the Belgian national team since 2002. In 2012 Kompany won the prestigious Premier League Player of the Season, and has also been listed as the 23rd best footballer in the world by The Guardian. 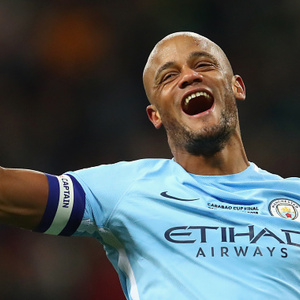