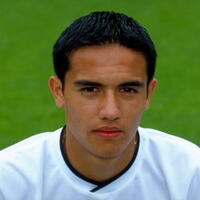 Tim Cahill Net Worth and salary: Tim Cahill is an Australian football (soccer) player who has a net worth of $12 million. Aside from playing for the American Major League Soccer club, New York Red Bulls, he is also representing the Australian national football team. Tim Cahill, also known as Timothy Filiga Cahill, was born in Sydney, Australia, and was originally focused on badminton. He played football on the side, until the sport took over. He played for multiple youth teams in Australia throughout his school years, and then convinced his parents to allow him to move to England to pursue a professional career. He began his senior level play with Millwall, and played very well for the team, helping them rise in the ranks. He scored the winning goal against Sunderland in the semi-final that led to their first FA Cup finals appearance. He then moved to Everton, where he became a fan favorite. In 2012, after eight years with Everton, he signed with the New York Red Bulls of Major League Soccer. He scored the fastest goal in MLS history in October 2013, when he scored seven seconds into a game against the Houston Dynamo. He is the all-time top scorer on the Australian National Team.