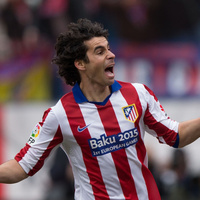 Tiago Mendes Net Worth: Tiago Mendes is a known as simply Tiago, is a Portuguese professional soccer player who plays for Atlético Madrid in La Liga and who has a net worth of $30 million dollars. Tiago Mendes was born May 2, 1981 in Viana do Castelo, Portugal where he first came to prominence at Sporting de Braga, being cast into the Minho side's starting eleven at the age of just 19, and helping with 27 games as it finished in 4th place in 2001, thus qualifying for the UEFA Cup. In December 2001, solid displays earned Tiago a move to league giants Sport Lisboa e Benfica and in his first full season he scored a career-best 13 goals, helping the Reds finish second in the league and, the following year, won the Portuguese Cup. A versatile midfielder, adept as both a central or defensive unit and with good overall skills, he played professionally in five of Europe's major leagues: England, France, Italy, Portugal and Spain. A Portuguese international on nearly 60 occasions during the 2000s, Tiago represented the nation in two World Cups and one European Championship. Tiago was selected for the squad at the 2010 World Cup in South Africa. After the World Cup, Tiago officially quit the national team citing personal reasons, and also to "make room for opportunities for younger players," ending his international career with 58 caps and three goals.