Thierry Henry Net Worth and Salary: Thierry Henry is a retired professional French footballer (soccer player) who has a net worth of $130 million. During his time on the pitch, he was considered the best striker in the Premier League. To this day, he is often mentioned in debates over who was the best player of all time. Thierry was simply a prolific goalscorer, and he always seemed to make it look easy – even when he was playing against top-class opposition.

Henry established his incredible reputation while playing for Arsenal under the tutelage of manager Arsene Wenger. During his time in London, he became the team's all-time leading scorer and won the Golden Boot (the award given to the overall top scorer in the Premier League) a record four times. He continued on his successful run while playing for Barcelona, and he ended his career with the New York Red Bulls of MLS.

Thierry was also a key player for the French national team over the years and helped them win the 1998 World Cup and the 2000 Euro Cup. After retiring from football, Henry became a coach (also known as a manager in footballing lingo). After working his way through the ranks, he eventually became the manager of Monaco. After leaving this position, he started managing the Montreal Impact of MLS.

Early Life: Thierry Daniel Henry was born on August 17th of 1977 in Les Ulis, Paris, France. Raised in a family with Antillean heritage amidst a rough neighborhood in Paris, Henry showed incredible potential as a footballer by the age of seven. His father instilled a sense of discipline in the young player, especially when Henry displayed a lack of interest in soccer. During his youth, he was signed by teams such as CO Les Ulis, US Palaiseau, and ES Viry-Chatillon.

Career: Thierry Henry's career began in earnest when he attracted the attention of a scout from Monaco. The scout watched as the 13-year-old Henry scored six goals in a single match, and immediately requested that he be accepted into the world-renowned INF Clairefontaine academy. At that point in time, Arsene Wenger was acting as the manager of Monaco. After joining their youth team, Henry signed as a professional with Monaco and played his first professional match for them at the age of 17.

During his first season, Henry gained considerable interest from the French press. By 1998, he had earned a spot on the national team which won the FIFA World Cup that year. In 1999, Thierry left Monaco and was signed by Juventus for 10.5 million pounds. During this early period of his career, Henry was often deployed on the wing instead of taking a fully-fledged striking role. However, the Italian league proved to be a difficult environment for Thierry, as the defensive Italians prevented him from wreaking havoc up front. He ended his career with Juventus having scored just three goals in 16 appearances.

However, things changed for the better after Thierry Henry joined Arsenal in the summer of 1999 for an 11-million-pound transfer fee. Once again, Thierry found himself under the management of Arsene Wenger. For the first time, the French manager played Henry as an out-and-out striker. This proved to be a smart decision, as Arsenal reached new heights thanks to their new "goal machine."

Thierry eventually helped the London club win the Premier League in 2002, and in 2004 they repeated the feat without losing a single game throughout the entire season. Prior to the 2005-06 season, Henry became the captain of Arsenal and continued to attract attention from massive clubs throughout Europe. After a disappointing 2006-07 season, Henry signed with Barcelona for 24 million Euros.

During his early years in Spain, Henry was once again deployed as a winger, which hindered his goal scoring tally. However, he adjusted to Barcelona's approach without too much of a delay and combined well with legendary figures such as Lionel Messi and Samuel Eto'o. In 2009, Henry was part of the Barcelona side that won an unheard-of six titles.

Eventually, Barcelona's younger strikers pushed Henry out of the starting 11. By 2010, he had signed a new contract with the New York Red Bulls. Although he returned to Arsenal for a two-month loan spell, he finished his career in New York and retired in 2014.

Brand Endorsements: At his peak, Thierry was considered one of the most "marketable" athletes in the world. He supplemented his footballing salaries with a number of notable brand endorsements, most notably with Nike. Henry began his partnership with Nike quite early in his career and featured in a vast number of TV commercials for the sportswear giant.

In 2006, Thierry switched allegiances, accepting a deal with Reebok and appearing in a number of their TV ads. In 2011, Henry switched once again, this time signing with football boot manufacturer Puma.

Outside of sports brands, Thierry Henry has partnered with a number of additional companies. In 2005, Henry appeared in a number of Pepsi commercials, He appeared in commercials for the Renault Clio alongside his girlfriend at the time, Claire Merry. In 2007, he became a brand ambassador for Gillette. In 2014, Thierry endorsed Beats headphones, appearing in one of their TV commercials. He has also been closely associated with various soccer video games over the years, featuring on the covers of games like FIFA soccer and Pro Evolution Soccer (PES).

Salary for New York Red Bulls: Thierry Henry's annual salary with the New York Red Bulls was $5 million per year. This made him the highest-paid player in the MLS at the time, with a salary that dwarfed even that of David Beckham. Eventually, his salary dropped to $3.75 million per year, although he remained the highest-paid player in the league because of additional bonuses.

Real Estate: In 2010, it was reported that Henry had purchased a lavish SoHo triplex in New York City. He paid $14.85 million for the 5,600-square foot residence, which also features 4,500 square feet of outdoor space. The apartment building sits on Crosby Street. 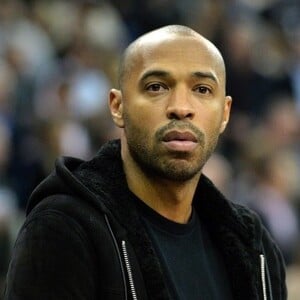