Sven-Göran Eriksson Net Worth: Sven-Göran Eriksson is a Swedish football manager who has a net worth of $35 million dollars. Born February 5, 1948 in Sunne, Sweden, Sven-Göran Eriksson is commonly referred to in Sweden by his nickname "Svennis". As a manager, Eriksson won 17 major trophies with a variety of league clubs, including teams in Sweden, Portugal and Italy. He also became the first manager to win league-and-cup doubles in three different countries. Later in his career he managed national teams from England, Mexico and Ivory Coast. His most recent position is as manager of the Chinese Super League. He has worked in nine different countries to include Sweden, Portugal, Italy, England, Mexico, Ivory Coast, Thailand, United Arab Emirates and China. Eriksson formerly played in the lower division of Swedish football and his playing career highlights include playing at the highest level at Division 2 with KB Karlskoga FF. His playing career ended in early retirement due to a knee injury at age 27 (1975). Eriksson has been just as highly noted for his many 'flings' with women, including his highly publicized relationship with Italian-American lawyer Nancy Dell'Olio, who was reportedly high maintenance and had very expensive taste—Eriksson reportedly saying he repeatedly told Dell'Olio "…go and find another man, preferably someone with a lot of money." Eriksson's biography 'My Story' was published in November 2013. 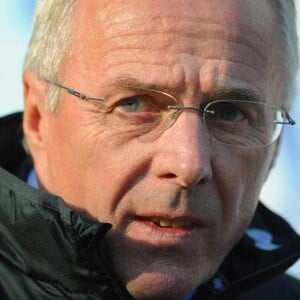