Stephan El-Shaarawy was born on October 27, 1992 in Savona, Italy. He began his career on Genoa, making just three appearances from 2008-2011. That included a loan to Padova from 2010-11, where he scored nine goals in 30 appearances. Since 2011, he's been a member of Milan, netting 24 goals in 82 matches. Internationally, El-Shaarawy was qualified to play for Egypt's national team, but then-coach Hassan Shehata denied him a place on the team, as the Egyptian team was already very successful. El-Shaarawy instead began playing on a number of Italian youth squads, before finally making an appearance on Italy's U-21 team. El-Shaarawy made his senior debut for Italy in August 2012, and has been a member of the national team ever since, scoring one goal in 10 appearances. With Milan, Stephan El-Shaarawy won the Supercoppa Italiana in 2011, and was named the Serie A Young Footballer of the Year in 2012. With the Italian national team, El-Shaarawy earned third place in the 2013 FIFA Confederations Cup. 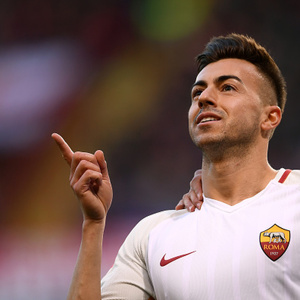