Son Heung-Min Net Worth and salary: Son Heung-Min is a South Korean professional soccer player who has a net worth of $20 million. Son Heung-Min was born in Chuncheon, Gangwon, South Korea in 1992. He started his career in 2008 with FC Seoul's under-18 team. He then joined Hamburger SV who he stayed with until 2013.

In June of 2013 Heung-Min was transferred to Bayer 04 Leverkusen for $10 million Euros. That was the highest fee the club had ever paid. He signed a five-year deal with Bayer Leverkusen. He scored a goal in his first three matches for his new team. Son scored a hat-trick in November 2013 against his former club Hamburg. Son Heung-Min also has represented South Korea in international play since 2008. Son had the opportunity to play for South Korea in the 2012 London Olympics, but he declined. He decided instead to focus on his career with Hamburg. He did play for South Korea in the 2014 FIFA World Cup qualifiers. He scored the winning goal in the 96th minute against Qatar. His father also played for the South Korean national team. He is known as a strong attacker who uses both feet well. He is also willing to play any position that the coach asks of him. 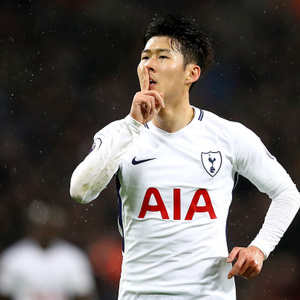