He spend nine seasons with Tottenham and as captain, led the team to their victory against Leicester City in the 1999 Football League Cup Final. Sol Campbell scored 10 goals in 255 games with Tottenham. Sol Campbell played for five teams during his 19 year professional soccer career. He was with Tottenham Hotspur from 1992-2001, Arsenal from 2001-2006 and again in 2010; Portsmouth from 2006-2009, Notts County in 2009, and Newcastle United from 2010-2011. Sol Campbell was also a member of the English National Team from 1994-2007. Sol Campbell's charity, "Kids Go Live" provides tickets for inner city children to see a variety of live sporting events such as Wimbledon, the Olympics and rugby matches. Sol Campbell married interior designer Fiona Barratt in 2010. 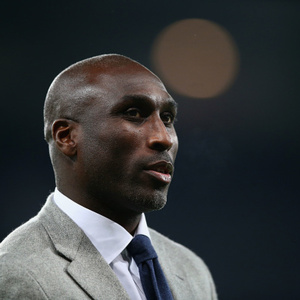