How much is Sir Alex Ferguson Worth?

Sir Alex Ferguson Net Worth and Salary: Sir Alex Ferguson is a former Scottish professional football player and manager who has a net worth of $70 million. Widely considered the be the greatest manager in the history of football, Ferguson led the "golden era" of Manchester United from 1986 to 2013, winning more trophies than any other manager.

Sir Alex started off as a professional player who joined several Scottish clubs. A prolific striker, Ferguson was the Scottish league's top scorer in the mid-60s. After transitioning towards coaching, Alex managed the Scottish club Aberdeen and the Scottish national team. While acting as the manager of Manchester United, Ferguson embarked on a 26-year winning spree that included 13 Premier League titles, five FA Cup wins, and two Champions League wins. In 2013, he retired as the longest-serving manager of Manchester United in history. Alex was knighted in 1999.

Early Life: Alexander Chapman Ferguson was born on December 31st of 1941 in Govan, Glasgow, Scotland. Raised alongside a younger brother, Alex started playing soccer at a very young age. Although his future career as a professional athlete seemed quite certain, Ferguson also became a toolmaker's apprentice during his early years – presumably as a back-up plan.

Playing Career: Ferguson first started playing as a 16-year-old for Queen's Park. He scored 20 goals in 31 games, but despite this, he was moved to St. Johnstone. By 1964, Ferguson had become a full-time professional footballer who played for Dunfermline. During the 1965-66 season, he became the top scorer in the Scottish league with 31 goals. Following this, he was sold to Ranger for 65,000 pounds – a record for Scottish football at the time. Over the next few years, Ferguson played for Falkirk before finishing his career at Ayr United in 1974.

Managerial Career: Alex began his managerial career at East Stirlingshire at the age of 32, and he was given a salary of 40 pounds per week for this part-time job. He inherited an extremely disorganized team that did not even have a goalkeeper. After whipping East Stirlingshire into shape, he moved to St Mirren. Ferguson led the young team to victory, winning the First Division championship in 1977. He was then sacked by St Mirren, who remain the only club in history to ever fire him.

In 1983, they won the European Winners' Cup, and in 1983 Aberdeen followed up with a win at the European Super Cup. They also won the Scottish league that season. Ferguson's impressive reign continued, and by the mid-80s he was managing the Scottish national team. Throughout the end of his tenure at Aberdeen, Fergie was receiving many offers from English clubs. These included Tottenham Hotspur, Wolverhampton, Liverpool, and others.

Finally, Ferguson was tempted to relocate to England with an offer from Manchester United. The club was in terrible condition, although Alex managed to lift them from 21st place in the league to 11th during his first season. Next season, Fergie signed a number of new players and managed to lead United to second place in the league. Unfortunately, the next few years would not be as kind to the Scottish manager, and the team finished just outside the relegation zone in 1989. Many journalists and fans called for Ferguson to be fired.

Things turned around with a number of bright young players taking to the pitch for Manchester United for the first time. These included Ryan Giggs, Roy Keane, Gary Neville, Paul Scholes, Phil Neville, and David Beckham. Ferguson also signed established players such as Eric Cantona and Van Nistelrooy. Although this youthful team was initially dismissed by pundits, they went on to win the Treble during the 1998-99 season.

A number of titles followed before United's young superstars became aging veterans. Ferguson was forced to rebuild once again, creating a new foundation with players like Rio Ferdinand, Cristiano Ronaldo, and Wayne Rooney. In 2006, this new squad succeeded in winning the Champions League – the second time Ferguson had achieved this. Although Manchester United shows signs of relinquishing their crown in world football towards the end of Fergie's career, the Scottish manager finished strong. In May of 2013, Sir Alex Ferguson retired as manager of Manchester United after helping them win the Premier League title one final time.

Controversy: During his long managerial career, Ferguson was embroiled in a number of controversies. One of the first notable cases was in regards to Gordon Strachan, a Scottish player who was playing under Alex at Aberdeen. After leaving Aberdeen to sign with Manchester United, Strachan found himself reunited with his old manager in 1986. However, their relationship soured and Ferguson sold Strachan to Leeds. Strachan then helped Leeds beat Manchester United in 1992, winning the Premier League title. Over the years, Strachan and Ferguson have become enemies, with Alex frequently describing Gordon as deceptive and one that cannot be trusted.

Ferguson also had a major row with soccer legend David Beckham during his Manchester United reign. Beckham has repeatedly accused Alex of kicking a football boot towards him, causing a minor facial injury. This was during a hot-tempered argument in the dressing room at half time during one game. The relationship continued to sour, and Beckham left to play for Real Madrid within one year.

Relationships: After marrying his wife Cathy, Alex Ferguson had three children – including twins.

Real Estate: Alex Ferguson owns a 2.3-million pound home in Cheshire, England. This home became the subject of a media frenzy after Alex Ferguson voiced his concerns over his neighbor's development plans. The neighbors planned to create a massive mansion, which Fergie felt would encroach onto his land and diminish his quality of life. After a fierce legal battle, it was announced in 2020 that his neighbor's plans had been approved by the local council. This infuriated Ferguson. 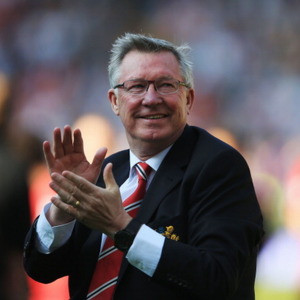