Simon Mignolet Net Worth: Simon Mignolet is a Belgian professional footballer (soccer player) who has a net worth of $12 million. Simon Mignolet was born March 6, 1988 in Sint-Truiden, Belgium. He currently plays for English club Liverpool and the Belgium national team as a goalkeeper. Mignolet started his career with Belgian Second Division side Sint-Truiden in 2004 and spent six years with the club, making 100 senior league appearances. He moved to Premier League side Sunderland in June 2010, spending three years with them and making 90 appearances before moving to Liverpool in June 2013. Mignolet also represented the Belgian national football team at every level from the Under 16s upwards. He made his full international debut in 2011 and has since gone on to make fourteen further appearances for the national side. In his youth, he first joined his local football team, Belgian Second Division side Sint-Truiden (2004), eventually rising through their youth system to become their first-choice goalkeeper in 2006 at the age of 18. In 2009, he made 29 appearances and scored a penalty in the league, helping Sint-Truiden win the Belgian Second Division, and was named Belgian Goalkeeper of the Year the following year. Between 2001 and 2010, Mignolet capped 25 times for the Belgium national U-16, U-17, U-18, U-19 and U-21 squads. In 2011, he was called up to the full national team and made ten appearances for Belgian. 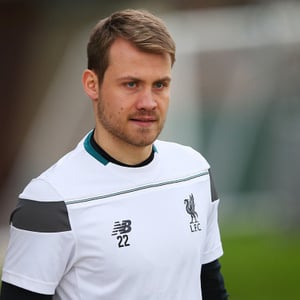