Servando Carrasco net worth: Servando Carrasco is an American professional soccer player who has a net worth of $300 thousand. Servando Carrasco was born in Coronado, California in August 1988. He is a defensive midfielder who grew up in Tijuana, Mexico and played at St. Augustine High School as well the San Diego Soccer Club.

Carrasco played his college soccer for the California Golden Bears from 2007 to 2010 where he scored 13 goals in 73 appearances. He began his senior career with the Seattle Sounders FC from 2011 to 2013 where he appeared in 40 games. Servando Carrasco played for the Houston Dynamo from 2013 to 2014 with 19 caps. He played for Sporting Kansas City in 2015 in nines games. Carrasco played for Orlando City from 2015 to 2017 with 58 appearances and he joined the LA Galaxy in 2018. He married professional soccer player Alex Morgan in 2014. 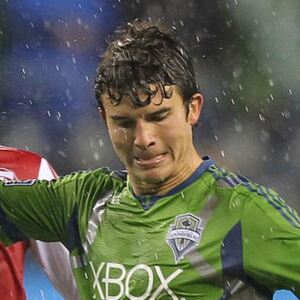