Sergio Aguero net worth and salary: Sergio Aguero is an Argentine football (soccer) player who has a net worth of $80 million dollars. Sergio Aguero, also known as Sergio Leonel Agüero del Castillo, was born in Quilmes, Argentina, and began playing with the youth division of the Independiente Club when he was in elementary school.

He subsequently became the league's youngest player to play for the first team, and remained the youngest for his first three years on the field. He signed a record 23 million euro transfer deal with Atletico Madrid in 2006, and began playing for the team that same year. He played very successfully for the team through 2011, and when he indicated he wished to transfer, it was met with hatred by many fans. His announcement that he was transferring to Manchester City, for a transfer fee of 38 million GPB (roughly $60 million) caused fans to show up at his final matches as part of Atletico Madrid with signs that read, "Aguero, We Hope You Die". He has since played successfully with Manchester City, and is currently signed through 2017 with the team. Between June 2017 and June 2018, Sergio Aguero earned $24 million between salary and endorsements. 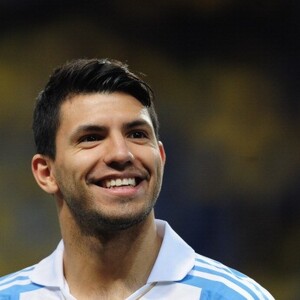