Serge Aurier Net Worth: Serge Aurier is an Ivorian professional soccer player who has a net worth of $6 million. Serge Aurier was born in Ouragahio, Cote d'Ivoire in December 1992. He is a defender who played youth soccer for Lens from 2006 to 2009. In 2009 he joined Lens on their senior side appearing in 40 matches until 2012.

In 2012 he joined Toulouse on a four and a half year deal and has scored 8 goals in 71 appearances. Aurier was loaned to Paris Saint-Germain in 2014 where he won the Trophee des Champions. Paris Saint-Germain has an option to buy Serge for their club after a year. He has also represented Ivory Coast in international competition since 2013 and appeared in 11 matches. He was part of the Ivory Coast team for the 2014 FIFA World Cup and had two assists in their first group match against Japan. Serge's younger brother Christopher plays for his former team Lens. In September 2014 Aurier was hospitalized after suffering from a head injury that left him convulsing during Ivory Coast's game against Cameroon in the African Nations Cup. 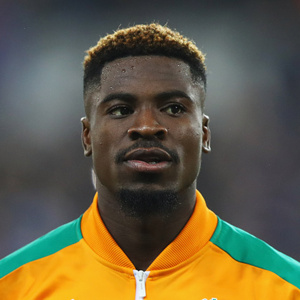