Samuele Longo Net Worth: Samuele Longo is an Italian professional soccer player who has a net worth of $3 million. Samuele Longo was born in Valdobbiadene, Italy in January 1992. Longo played his youth soccer for Treviso from 2004 to 2009 and for Internazionale from 2009 to 2012. He was loaned out to Placenza in 2010 and Genoa in 2011.

In 2011 he was called up to the Internazionale senior side. From 2012 to 2013 he was loaned to Espanyol. He was loaned to Verona from 2013 to 2014 and then loaned to Rayo Vallecano and Cagliari in 2014. In 2014 Internazionale brought him back for $7 million Euro. Longo has represented Italy in international competition at the Under-19, Under-20, and Under-21 levels. He won the NextGen series in the 2011-12 season and also won the League Champion the same year. In 2012 Longo was named the Best Player of the playoffs. He is a striker and his only goals have come for Espanyol. He scored two goals for the Under-20 and Under-21 teams respectively. 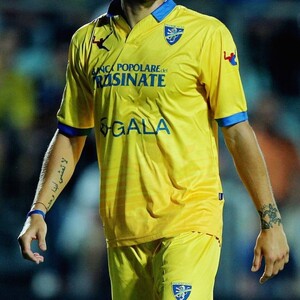