How much is Samuel Eto’o Worth?

Samuel Eto'o Net Worth and Salary: Samuel Eto'o is a former Cameroonian footballer who has a net worth of $95 million and was once earning an annual salary of $26 million. Widely-regarded as one of the best strikers of all time, Eto'o was one of the key players in the Barcelona side that also featured legends like Ronaldinho, Lionel Messi, and Thierry Henry. He is also known for leading the high-achieving Cameroonian national team of his era, which won many trophies.

Early Life: Samuel Eto'o Fils was born on March 10th of 1981 in Douala, Cameroon. Samuel was raised in the suburb of Nkon, which is just outside of Yaounde, Cameroon's capital. Specifically, he grew up in the district of Mvog-Ada, which is one of the most poverty-stricken regions of the capital. Eto'o was raised alongside two brothers who also became professional footballers.

Career: Real Madrid's scouts spotted Eto'o very early, and he joined the team's youth academy at the age of 16. He was subsequently loaned out to Leganes and Espanyol before making just one appearance for Real Madrid. He was then loaned a third time to Mallorca and started demonstrating his goal-scoring talents. No longer confident that he would ever have a chance to shine at Real Madrid, he signed a permanent deal with Mallorca for 4.4 million pounds. His goalscoring exploits continued and Eto'o started to gain widespread attention.

After earning the respect of the Mallorcan fans, Eto'o joined Barcelona in 2004 for a transfer fee of 24 million Euros. Barcelona subsequently won the La Liga title during the 2004-05 season. During the next season, Eto'o was part of the side that won the Champions League. During this period, he also won three African Player of the Year Awards. In 2006, he suffered a serious knee injury but returned sooner than expected. In 2007, he caused controversy by refusing to come on as a substitute, later claiming that the manager did not give him enough time to warm up properly.

Injuries continued to bother the striker, and he was ruled out indefinitely after a match against Inter Milan. 2008 was a strong year for Eto'o, and 2009 also proved to be a career high-point when he lifted the Champions League trophy yet again with Lionel Messi and Thierry Henry. In 2009, Eto'o was traded to Inter Milan in exchange for Zlatan Ibrahimovic and 46 million Euros.

Over the next few years, Eto'o became a major force for Inter Milan, scoring many goals and helping them progress through the Champions League. However, it was not as successful compared to his earlier years with Barcelona. In 2011, Eto'o signed with Anzhi Makhachkala, a Russian club. Although the club was relatively unknown on an international scale, Eto'o became the world's highest player with an annual salary of 20 million Euros after taxes.

In 2013, Eto'o joined the Premier League for the first time after signing a one-year deal with Chelsea. The contract was not extended, and Samuel subsequently joined Everton, staying for one year before finishing his career with teams like Sampdoria, Antalyaspor, Konyaspor, and Qatar FC. In 2019, Samuel Eto'o officially retired from football after a career that had lasted over 20 years.

Style of Play: First and foremost, Eto'o was known for his blistering pace. That being said, he also backed up his speed with incredible technical skills. He was able to finish chances accurately with his head or his feet. Samuel was considered a "classic" central striker, although he demonstrated the ability to play in other positions – particularly during his later career at Inter Milan. His work rate and stamina also allow him to play confidently in almost any position on the pitch. When a defender was sent off during one match for Barcelona, Eto'o dropped back and replaced him without much of an issue.

Towards the end of his career, Eto'o started to lose his speed. However, he continued to score goals due to his excellent positioning and "sixth sense" for goal. This allowed Eto'o to play well into his mid-thirties, even though he was mocked by some observers for being "too old."

Relationships: After marrying his longtime partner Georgette, Samuel Eto'o had two children with his wife. He has two other children from previous partners. Georgette and two of his children currently live in Paris.

Controversy: Samuel Eto'o is an outspoken critic of racism in soccer, and he has been the victim of racism on more than one occasion. Fans have made monkey-like calls whenever Eto'o gained possession of the ball. He has threatened to leave the pitch as a reaction to these racist chants, and he has become even more frustrated when coaches and referees tell him to just "get on with it." After moving to Spain, Samuel continued to experience racist abuse, and this prompted him to stop bringing his family members to matches.

Real Estate: In 2018, Eto'o purchased a property for Norbert Owona, who once captained the Cameroon national soccer team. Owona lost everything and eventually became homeless, and this prompted Samuel to step in. After assisting him with his medical bills, Eto'o promised to purchase a home for the former soccer star.

In 2015, rumors started to spread about another real estate purchase that Eto'o was considering. He allegedly planned to purchase a mansion in Italy worth 18.5 million pounds. The most incredible thing about this story is the local legends that surround this property. According to myth, the mansion is "cursed" by the ancient Egyptian Pharaoh Tutankhamun. This all derives from the fact that the house was once owned by Lord Carnarvon, the man who discovered the Pharaoh's tomb. Many of the past owners have died under mysterious circumstances, including Carnarvon, Gucci model Countess Francesca Agusta. Later, Samuel stated that he had never considered buying the property. 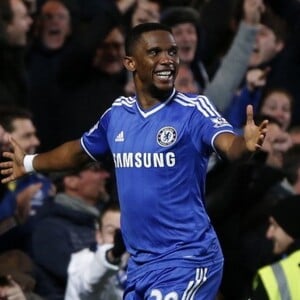