Salomon Kalou net worth: Salomon Kalou is an Ivorian soccer player who has a net worth of $11 million. He plays as both a winger and striker. Salomon Kalou was born in Abidjan, Ivory Coast on August 5, 1985. He began his professional career in 2003 with Feyenoord, scoring 35 goals in 69 appearances. He went to Excelsior on a loan and played in 11 matches in 2004, scoring four goals. From 2006 to 2012, Salomon Kalou played with Chelsea F.C., finishing with 36 goals in 156 appearances. He joined Lille in 2012 and is a current member of the team. Internationally, Kalou has played with the Ivory Coast team since 2007. He attempted to earn his Dutch citizenship so he could play for the Netherlands, but was unsuccessful in doing so. Salomon Kalou has also earned a number of honors. During his tenure with Chelsea, the team won the Premier League in 2009-10, the Football League Cup in 2006-07, the FA Community Shield in 2009, the UEFA Champions League in 2011-12, and the FA Cup four times: in 2006-07, 2008-09, 2009-10, and 2011-12. Kalou has also won a couple of individual awards: the Dutch Football Talent of the Year in 2005 and the CAF Young Player of the Year in 2008. 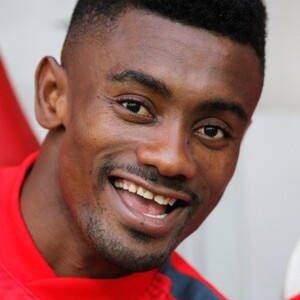