What is Ronaldinho's net worth and salary?

Ronaldinho is a retired Brazilian football (soccer) player who has a net worth of $90 million. Ronaldinho was once considered to be the best soccer player in the world. He was twice the World Player of the Year (2004 and 2005). He was part of the 2002 World Cup championship team alongside Ronaldo and Rivaldo.

Soccer (football) is the world's most popular sport and Ronaldinho is one of its best-known players. His accomplishments are legendary, such as the goal he scored against Venezuela to help Brazil win the Copa America. That goal is still remembered by fans and is thought to be the greatest ever scored in Brazil's long soccer history. Ronaldinho helped Brazil win its 5th World Cup in 2002 and, soon after, accepted a contract from a professional team in Barcelona, Spain. He remains one of Brazil's most famous football icons of all-time. Ronaldinho won the FIFA World Player of the Year twice and was included in Pele's FIFA 100 list.

In 2006, the same year he won the Ballon d'Or, Ronaldinho earned $20 million from endorsements. His total earnings in 2006 were $26 million. He was a longtime endorser of Coca-Cola but lost his sponsorship in 2014 after he was spotted drinking a Pepsi. The loss cost him $700,000 per year.

He has also long held endorsement deals with Nike, EA and more than a dozen other smaller brands including mobile phone companies and energy drinks. He appeared on the cover of EA's FIFA Football five times.

He has more than 50 million followers on Instagram alone (more than 100 million on all channels combined) and reportedly charges $250,000+ for a single post or personal appearance. 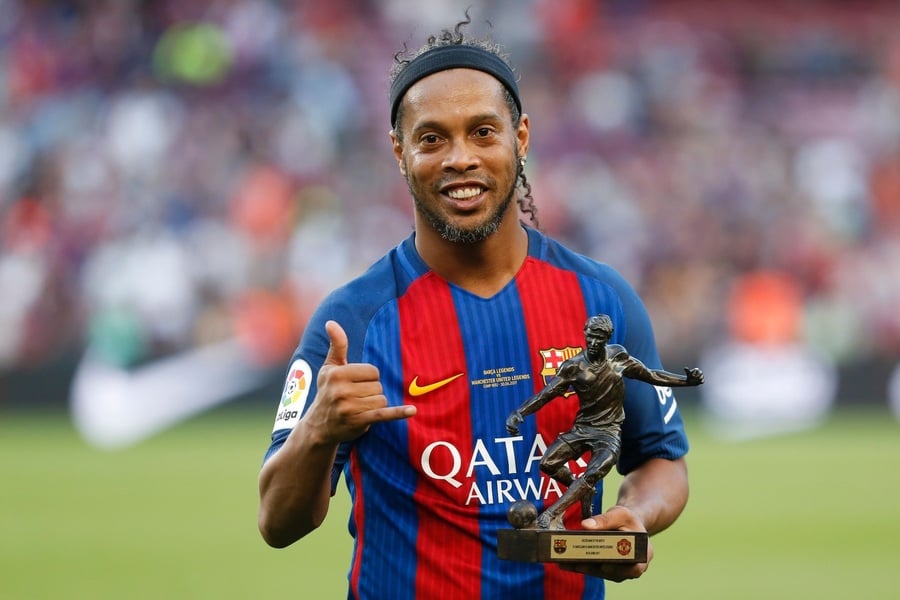 Ronaldinho owns a famously-impressive collection of cars that includes dozens of high-end vehicles. His most notable pieces include a Lamborghini Aventador, a Porsche Carerra S, a Ferrari 458, Bugatti Veyron, Hummer H2 and Audi R8.

Ronaldinho owns a half dozen homes around the world. His most notable properties are located in Greece, Barcelona, Florida, Brazil and Lake Como (Italy).

In July 2019, Ronaldinho's Spanish and Brazilian passports were confiscated by authorities over unpaid taxes.

In March 2020 Ronaldinho was detained by police in Paraguay for possessing a fake Paraguayan passport. He was detained in the country's capital city Asuncion where the former star had been staying with his brother. He had traveled to the city to promote a book and campaign for underprivileged children. 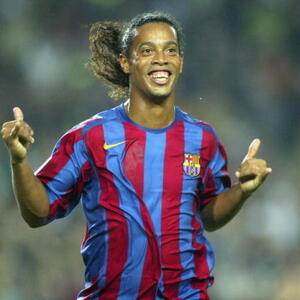