Vlaar began his senior career with AZ from 2004 to 2006. He played for Feyenoord from 2006 to 2012 where he scored 8 goals in 132 appearances. Vlaar joined Aston Villa in 2012. He has also represented the Netherlands in international competition. Vlaar played for the Netherlands U19 team in 2004, their U21 team from 2005 to 2007, and for their senior team since 2005. He has been named one of the best defenders at the 2014 FIFA World Cup when the Netherlands finished in 3rd place. He also won the UEFA U21 Championship in 2006 and 2007. While playing for Feyenoord Vlaar won the KNVC Cub for the 2007-08 season. He is the captain of the Premier League team Aston Villa F.C. 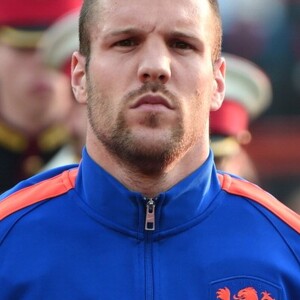