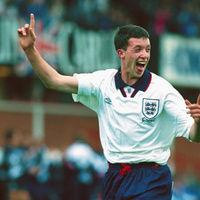 Robbie Fowler net worth: Robbie Fowler is an English former professional soccer player and manager who has a net worth of $50 million. Robbie Fowler was born in Liverpool, England in 1975 and played striker in a professional career that ran from 1993 to 2012. Robbie Fowler grew up in the inner city part of Liverpool, supporting Everton Football Club. Fowler's professional career began when he signed with Liverpool on April 9, 1992, his 17th birthday. Robbie Fowler, along with a few other teammates, were part of a group of Liverpool players from the mid-1990s that the press dubbed "The Spice Boys" after a series of off-field shenanigans and controversies, including the rumor that Fowler was dating Spice Girl Emma Bunton. Robbie Fowler played for eight teams during his 19-year career. He played for Liverpool from 1993 until 2001 and then again from 2006-2007, Leeds United from 2001-2003, Manchester City from 2003-2006, Cardiff City from 2007-2008, the Blackburn Rovers in 2008, the North Queensland Fury from 2009-2010, the Perth Glory from 2010-2011,and Muangthong United from 2011-2012 where he also served as a manager. Robbie Fowler, amongst other honors, was named the Premier League Player of the Month twice – in December 1995 and January 1996.