Rio Ferdinand net worth: Rio Ferdinand is an English professional soccer player who has a net worth of $75 million. Rio Ferdinand was born in Denmark Hill, London, England in 1978 and grew up in Peckham with his mother and Saint Lucian father. Rio Ferdinand played for several youth teams before finally landing at West Ham United where he moved through the ranks until making his professional debut in the Premier League in 1996.

Rio Ferdinand plays at center-back for Manchester United currently. He has played for four teams so far in his career. Rio Ferdinand was with West Ham United from 1996-2000 with a loan out year in 1996-1997 to Bournemouth, Leeds United from 2000-2002, and Manchester United since 2002. Rio Ferdinand played for the England National Team 81 times between 1997 and 2011. He has been a part of three FIFA World Cup teams. Rio Ferdinand was the Premier League Player of the Month in October 2001, a six time member of the Premier League PFA Team of the Year, and was inducted into the London Youth Games Hall of Fame in 2010. Rio Ferdinand and his longtime girlfriend Rebecca Ellison have three children, two boys and a girl. 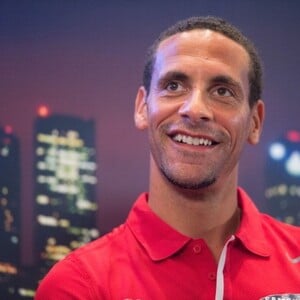