Ricardo Quaresma Net Worth and salary: Ricardo Quaresma is a Portuguese professional footballer (soccer player) who has a net worth of $40 million. Born September 26, 1983 in Lisbon, Portugal, Ricardo Quaresma plays for Porto (his second stint with Porto). Upon his return to Porto in 2014, he was again given his former number 7.

He began his career Sporting Clube de Portugal and has also played for Barcelona, Internazionale, Chelsea, Besiktas and Al Ahli Dubai. He is noted for incorporating a repertoire of tricks with his playing style, including the rabona (a kicking method) and trivela (putting curl on a ball). He is also known for his finesse and speed and the ability to play on either flank (as a winger). He has been a full international since 2003 and represented Portugal at the European Championship in both 2008 and 2012. In 2014, he was cut from the Portugal squad, Coach Paul Bento failing to include him in his final 23-man selection. Quaresma is of partial Romani descent, hence the nickname O Cigano. 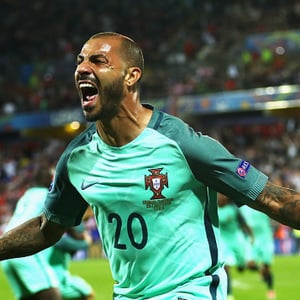