Raul Meireles Net Worth and salary: Raul Meireles is a Portuguese professional football player who has a net worth of $30 million dollars. Born Raul Jose Trindade Meireles in Porto, Portugal, in 1983, Raul Meireles played youth football and earned a spot playing at the 2000 UEFA European Under-16 Football Championship for Portugal.

His professional career began with Boavista, but he made his debut while on loan to Desportivo das Aves. He spent two years playing in the Liga de Honra before returning to Boavista of the Primeira Liga. In 2004, he signed with Porto, helping the team secure three straight Primeira Liga titles, two Portuguese Cups and three Portuguese Supercups. Six years later, he joined Liverpool for a season before singing with Chelsea in 2011. He was part of the 2012 UEFA Champions League team and the 2011-12 FA Cup title team. He began playing internationally for Portugal before he turned 16, and worked his way up through the national team ranks, appearing in his first World Cup for his native country in 2010. He has scored ten goals in 76 appearances for the Portugal national team. Meireles is famous for his tattoos, which cover much of his body. He has been married to his wife, Ivone, since 2008 after several years of dating while he played for Boavista. They have one daughter together, Lara, born in 2005. In 2009, they opened their own fashion store in Portugal. 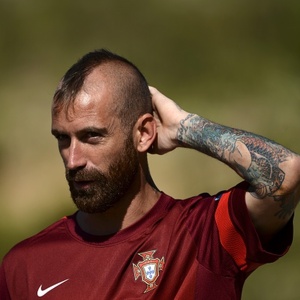