Raúl Albiol Net Worth: Raúl Albiol is a Spanish footballer (soccer player) who has a net worth of $10 million. Raúl Albiol was born September 4, 1985 in Vilamarxant, Spain and currently plays for Italian club S.S.C. Napoli and the Spanish national team. His main asset is considered to be his versatility, as he possesses the ability to play central defender, right back or defensive midfielder.

He spent most of his career with Valencia and Real Madrid, winning five major titles with both teams combined; over the course of ten seasons he amassed La Liga totals of 229 games and seven goals. A Spanish international since 2007, Albiol represented the country in two World Cups and as many European Championships, winning three tournaments including the 2010 World Cup. Albiol's brother (also named Miguel) plays for Murcia. His uncle Jose Luis Albiol was a professional footballer as well. In a near-fatal car accident at the age of 18, Albiol underwent medical treatment for 17 days, culminating with having his spleen removed. He initially played football with two clubs in his native region, joining Valencia CF at the age of 10. He played his debut match against AIK Fotball in UEFA Cup at the age of eighteen. He debuted for La Liga in January 2005 against Athletico Madrid then later returned to Valencia. In that same year he was part of UEFA Champions League. He joined Real Madrid in June 2009 as the first Spanish player on the team. He emerged as an unbeatable player, triumphing in the Champions League at Olympique de Marseille. He suffered an ankle injury that occurred while playing as a team captain for the Spanish Cup against CD Alcoyano. He was then sold to Napoli in Italy in July 2013 on a four-year contract. Raúl Albiol was married to his girlfriend Alicia Roig in 2011 and has two children with her. Raúl Albiol has won 2 Ligas in the year (2003-2004, 2011-2012), 2 King's cup (2007-2008, 2010-2011), 2010 World cup, 2004 Euro Cup under -19, UEFA Cup (2003-2004), Super cup (2012-2013). 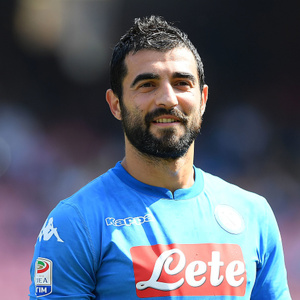