Ramires net worth and salary: Ramires is a Brazilian professional soccer player who has a net worth of $20 million dollars. Ramires Santos do Nascimento was born in Barra do Pirai, Brazil in March 1987. As a youth he played for Royal Sport Club and Joinville. In 2006 he was called up to Joinville's senior team. From 2007 to 2009 Ramires played for Cruzeiro, and from 2009 to 2010 he played for Benfica. Since 2010 he has been a member of the Chelsea club. His move to Cruziero was worth $300,000. He joined Benfica for $7.5 million Euro with a minimum fee release of $30 million Euro. The deal that sent him to Chelsea was worth $22 million Euro. Ramires is a midfielder who normally plays box-to-box. He helped Benfica win the Liga Sagres title. Ramires has also been representing the Brazil national team since 2008. That year he won a bronze medal in the 2008 Olympics in Beijing. With Chelsea Ramires won the FA Cup and UEFA Champions League in 2011-12, and the EUFA Europa League in 2012-13. He also helped Brazil win the FIFA Confederations Cup in 2009. He was named the Chelsea Player's Player of the Year in 2011-12. 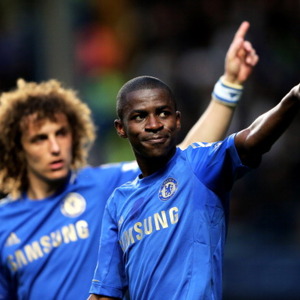