Radamel Falcao Net Worth: Radamel Falcao is a Colombian professional soccer player who has a net worth of $70 million. Nowadays he can be seen playing for AS Monaco in the FrenchLigue 1, as well as he represents the Colombia national football team. Also known as Radamel Falcao Garcia Zarate, Falcao Garcia, or simply Falcao, he was born in Santa Maria, Colombia in 1986.

At the age of 13 he made his professional debut as an attacker for Lanceros Boyaca. He became the youngest debutant at such a level of Colombian soccer. Radamel Falcao signed with River Plate and played for the team from 2005-2009. Over those four seasons he managed to score 45 goals. He then signed with Porto in 2009 and scored 34 and 38 goals over two seasons respectively. His hot streak continued with Atletico Madrid from 2011 to 2013 where he scored 36 and 34 goals in his two seasons. In 2012 Falcao signed with Monaco. He has been nicknamed El Tigre, which translates to The Tiger, as well as King of the Europa League. He is well known as one of the top strikers in the world. He helped lead F.C. Porto to a Europe League title and was recognized with the Portugese Golden Ball award in 2011. Falcao won his first EUFA Super Cup in 2012. During this year he also scored a hat trick and became the first player in history to do so. Plus, he had the remarkable achievement of scoring five goals in a single game in 2012. Radamel Falcao has been playing on the Colombian national team since 2007. During the 2014 FIFA World Cup qualification rounds he finished as Colombia's top goal scorer with nine goals. 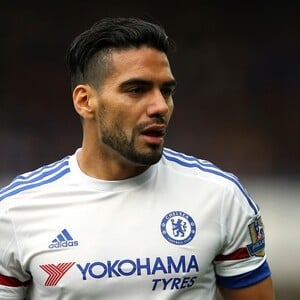