He did, and was especially good at the job almost immediately. He rose within the refereeing ranks quickly, refereeing for major regional matches after three years, than moving on to third tier national matches, before quickly being promoted to first tier national matches after just three seasons. In the mid-90s, he became a FIFA referee, and he went on to officiate at the Athens Olympics, the UEFA Champions League Final, and the 2002 World Cup Final, among other major matches. He retired in 2005, after officiating the Euro 2004. His refereeing was not immune to scandal however, and he was occasionally accused of being too tough on some teams and to lax with others. He was also one of the few referees that emerged unscathed from the 2006 Italian Football Scandal spearheaded by Luciano Moggi. 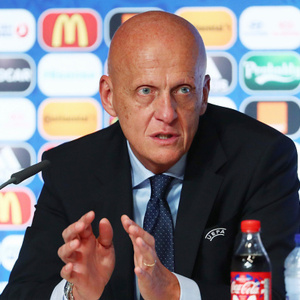