Peter Crouch Net Worth and salary: Peter Crouch is a professional English soccer player who plays for Premier League club Stoke City and who has a net worth of $25 million dollars. Peter Crouch was born on January 30, 1981 in Macclesfield, Cheshire, England but his family moved to Singapore when he was one year old, where they stayed for three years before returning to Great Britain and settling in Ealing, West London. During his time in Ealing he attended Drayton Manor High School. Crouch was a talented soccer player from an early age and he became a ball boy when he was ten. Crouch started his career as a trainee with Tottenham Hotspur. He failed to make an appearance for Spurs and after loan spells at Dulwich Hamlet and Swedish club IFK Hässleholm he joined Queens Park Rangers. QPR were relegated at the end of the 2000–01 season and Portsmouth stepped in and paid S1.5 million for Crouch. He had a good season at Fratton Park and after scoring 19 goals he joined Aston Villa in March 2002 for $5 million. He had a relatively poor spell at Villa and was loaned out to Norwich City in 2003 before making a move to Southampton where he re-gained his form and was signed by Liverpool in July 2005. At Liverpool, Crouch enjoyed considerable success. He joined Stoke City on August 31, 2011 for a club record fee of $10 million. In his first season with Stoke he scored 14 goals and won the club's player of the year award. 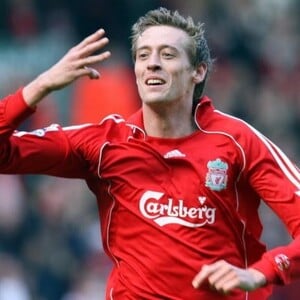