Pep Guardiola net worth and salary: Pep Guardiola is a Spanish soccer coach and former professional soccer player who has a net worth of $40 million. Pep Guardiola was born in Santpedor, Spain in January 1971. He was a defensive midfielder who played his youth career with Barcelona from 1983 to 1990 before being called up to Barcelona B from 1990 to 1992 and Barcelona from 1990 to 2001. Guardiola played for Brescia from 2001 to 2002, Roma from 2002 to 2003, and Brescia again in 2003. He played for Al-Ahli from 2003 to 2005 and for Dorados from 2005 to 2006. Guardiola also represented Spain in international competition for their Under-21, Under-23, and senior sides. He also represent Catalonia from 1995 to 2005. He first managed for Barcelona B from 2007 to 2008 and then for Barcelona from 2008 to 2012. Since 2013 Guardiola has managed Bayern Munich. As a player he won the UEFA Champions League, UEFA Super Cup, La Liga, Copa del Rey, and an Olympic Gold Medal. As a manager Guardiola has won La Liga, Copa del Rey, UEFA Champions League, FIFA Club World Cup, and many awards including FIFA World Coach of the Year.

Pep Guardiola Salary: Pep Guardiola is the highest paid coach in professional football. He earns and impressive $24 million per year as the coach of Bayern Munich. 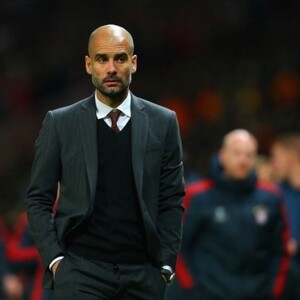