Pele Net Worth and Salary: Pelé is a retired Brazilian footballer who has a net worth of $100 million. Widely-regarded as the best soccer player of all time, Pelé has transcended the barriers of various sports to become one of the most legendary figures of the 20th century. At his peak, he was the highest-paid athlete on the planet. Pelé currently holds a number of important records, having scored the most goals in the top division (541). Across all tournaments, he has scored 1297 goals.

Pelé is regarded as a national hero in his home nation of Brazil and is the nation's all-time leading goalscorer with 77 total goals. After retiring, Pelé became a worldwide ambassador for football and a political activist who strove to improve conditions for the poverty-stricken in Brazil.

Early Life: Edson Arantes do Nascimento was born on October 23rd of 1940 in Três Corações, Minas Gerais, Brazil. Pelé was born into a footballing family, and his father Dondinho also played at a professional level. Raised alongside two siblings, Edson was named after the inventor Thomas Edison (minus the "i").

Eventually, he earned the nickname Pelé because that was the way he once mispronounced the name of Bilé, a goalkeeper who played for Vasco de Gama during his childhood. His friends continued to call him Pelé as a joke, and the name stuck. In truth, the word "Pelé" has no meaning in Portuguese or any other language.

Pelé grew up in a poverty-stricken environment, scraping by in Bauru, Sao Paulo. Although he spent much of his time working in order to provide for his family, Pelé also learned how to play football from an early age. His father showed him various skills, but the family could not afford a soccer ball and he played with a grapefruit instead. As he got older, Pelé began to play for several youth teams in Brazil and excelled while playing indoor football (futsal).

Career: Pelé's career began with Santos FC after impressing the coach with his incredible skills as a 15-year-old. He then signed a contract in 1956 and made his professional debut that year, scoring during his first match. By age 16, he was the top scorer in the entire Brazilian league. He was quickly called into action for the Brazilian national team, playing at the 1958 and 1962 World Cups.

Although plenty of major clubs tried to sign the young player, Pelé maintained close ties to Santos and Brazil. His team continued to reach incredible heights and won the 1962 Intercontinental Cup and the Copa Libertadores in 1963. In 1969, the two opposing sides of the Nigerian Civil War called a 48-hour truce so that they could watch Pelé play at a stadium in Lagos.

Although Pelé would never play for a major club like Inter Milan or Real Madrid (despite many offers), he eventually signed for the New York Cosmos after the 1974 season. Many other soccer superstars followed his lead and joined the Cosmos, such as Franz Beckenbauer and Carlos Alberto. In essence, Pelé inspired a number of legends to play in America, such as George Best, Johan Cruyff, and Bobby Moore. He also succeeded in convincing a massive American audience to follow soccer for the first time In 1977, he attracted over 62,000 fans to attend one of his Cosmos matches at the Giant Stadium.

In terms of his international career, Pelé started strong by winning the 1958 World Cup with a duo of goals in the final against Sweden. He also played a role in Brazil's 1962 World Cup title, although he was sidelined for almost the entire tournament due to injury. After a disappointing 1966 World Cup, Pelé returned in 1970 to win the tournament one last time. 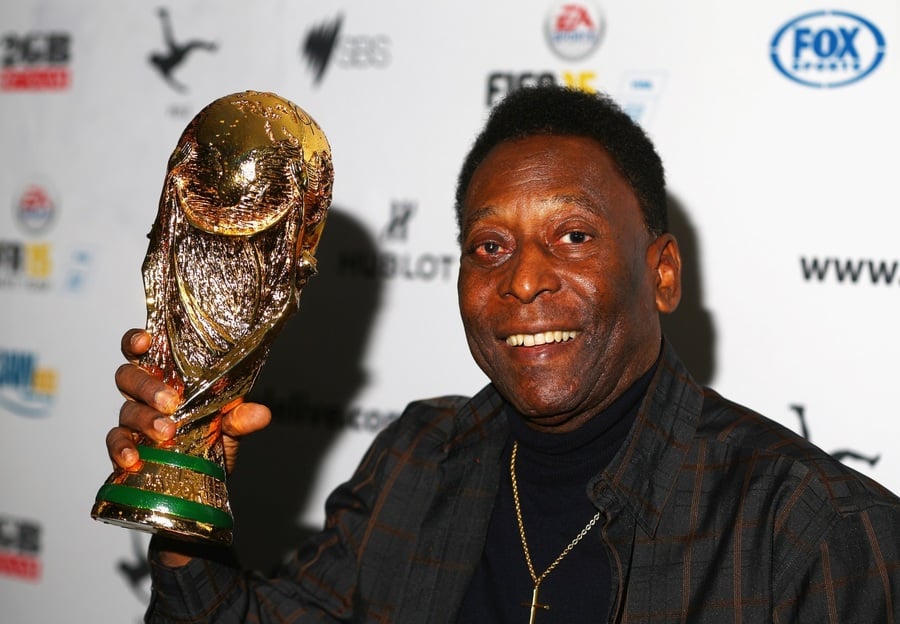 Ambassadorial Work: Pelé is known for his ambassadorial work since retiring from sports. In 1992, he was appointed as a UN ambassador for ecology and the environment. In 1994, he was made a UNESCO Goodwill Ambassador.

Controversy: Most of Pelé's controversies arose after he had stepped away from professional football. In 2001, the former footballer was accused of being part of a corruption scandal that stole $700,000 from UNICEF. In 1994, he was banned from attending the FIFA World Cup draw in Las Vegas, largely because of his feud with the then-President of FIFA, Joao Havelange.

In 2016, Pelé sued Samsung Electronics for $30 million, claiming damages for false endorsements and the violation of his right of publicity. The claim arose because of a 2015 Samsung ad that featured a man that looks almost exactly like Pelé and another scene featuring the player's signature bicycle kick.

Real Estate: In 2018, it was reported that Pelé had sold his home in the Hamptons for $2.85 million. He had previously purchased the residence for $156,000 in 1979. Over the years, Pelé expanded the home into a lavish, extensive 3,500-square-foot estate. Beach access is another major plus. Pelé wasn't exactly making the use of the house at age 77, as he had long since retired in his home nation of Brazil.

Relationships: After marrying Rosemeri dos Reis Cholbi in 1966, Pelé had three children. He divorced his first wife in 1982 and began a relationship with a Brazilian TV presenter named Xuxa, who was 17 when she started dating Pelé. In 1994, he married his second wife, a psychologist named Assiria Lemos Seixas. He had two more children with Seixas before divorcing her in 2008.

At the age of 73, Pelé announced that he was planning to marry Marcia Aoki, a Japanese-Brazilian woman. After dating for many years, they got married in 2016. In addition, Pelé has had a number of children as a result of affairs over the years. 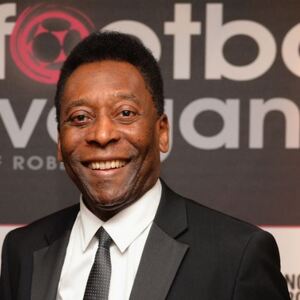