Pedro Rodriguez net worth and salary: Pedro Rodriguez is a Spanish football player who has a net worth of $30 million. Born in Santa Cruz de Tenerife, Spain on July 28, 1987, Rodriguez is known for playing as a forward and winger for Barcelona. Born as Pedro Eliezer Rodriguez Ledesma, he began his youth career at seventeen years old with San Isidro in 2003 and joined Barcelona in 2004.

In 2005, Rodriguez commenced his senior football career and has played for Barcelona C from 2005 to 2007, Barcelona B from 2007 to 2009, and currently plays for Barcelona. He participated on the national teams including Spain U21 and Spain. Rodriguez became the first player in history to have scored on six different occasions for his club FC Barcelona in the lapse of one season. He played in and helped win the 2010 FIFA World Cup and went on to compete and win the UEFA European Championship in 2012 as well as become a runner-up in the 2013 FIFA Confederations Cup. In 2012, Rodriguez received the individual Prince of Asturias Award. 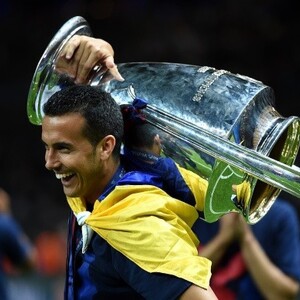