Pavel Pardo Net Worth: Pavel Pardo is a Mexican retired professional soccer player who has a net worth of $2 million. Pavel Pardo was born in Guadalajara, Jalisco, Mexico in July 1976. He started his career for Atlas de Guadalajara in 1993. He played for Tecos from 1998 to 1999 and then for club America from 1999 to 2006.

With America he won the First Division in 2002 and 2005, Campeon de Campeones in 2005, and CONCACAF Champions Cup in 2006. Pardo signed with VfB Stutgart in 2006 for one million euros. He helped them win the Bundesliga in the 2006-07 season. He went back to club America in 2009 before joining the Chicago Fire of Major League Soccer from 2011 to 2012. Pardo also represented Mexico in international competition from 1996 to 2009. He helped Mexico win the FIFA Confederations Cup in 1999 and the CONCACAF Gold Cup in 1998 and 2003. During his professional career Pavel Pardo played in 632 games and scored 43 goals. For Mexico he played in 148 games and scored 11 goals. 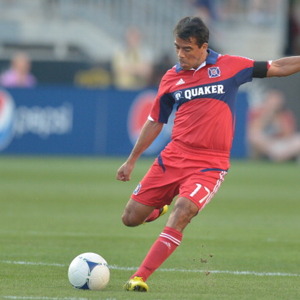