Paulo Dybala was born in Laguna Larga, Cordoba, Argentina in November 1993. He is a forward and attacking midfield who spent his youth career with Instituto from 2003 to 2011. Dybala made his senior debut for Instituto from 2011 to 2012 and played in 38 games scoring 17 goals. He played for Palermo from 2012 to 2015 and scored 21 goals in 89 appearances. Paulo Dybala has also represented the Argentina national team starting in 2015. He is known by the nickname "La Joya" or "The Jewel". He joined Juventus for an initial fee of 32 million Euro. Dybala is a three time Serie A Team of the Year selection. He competed for Argentina at the 2018 FIFA World Cup and the 2019 Copa America. Dybala was the Serie A top assist provider in 2014-15. 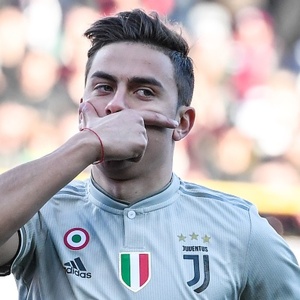