Paul Pogba Net Worth and Salary: Paul Pogba is a French professional soccer player who has a net worth of $125 million. Pogba is one of the most prominent figures in the game today. As of 2020, he plays as a midfielder for Manchester United, although he has also played for Juventus in the past. Paul is also an integral part of the French national team, and he often wears the captain's armband. He is one of the highest paid soccer players on the planet, earning $28 million per year in base salary and $6-10 million per year from endorsements.

Early Life: Paul Labile Pogba was born on March 15th of 1993 in Lagny-Sur-Marne, France. His parents are from Guinea. Raised in a Muslim household alongside two brothers, Pogba became an avid fan of Arsenal while growing up. Paul remains a follower of the Muslim faith.

Career: Pogba's soccer career began at the age of six when he played for a local club. He then joined US Torcy and became the captain of the club's U-13 team. One season later, he signed with Le Havre, a professional club. He once again gained the captaincy and played for the U-16 team. During this period, he also played for France's youth team.

Pogba's career began in earnest when he left Le Havre's youth academy to start a career with Manchester United in 2009. The move was seen as controversial, as Pogba's contract with Le Havre specifically allowed the club to sign him as a youth player once he met certain age requirements. Le Havre claimed that Pogba had been lured by the money offered by Manchester United, which allegedly included a lump sum payment of 90,000 pounds and a house.

Eventually, Manchester United was cleared of any wrongdoing, and Pogba started playing for the U-18 team. By 2010, he had earned a spot on the reserve team and by 2011 he was selected by Alex Ferguson for promotion to the first team alongside three other academy players. However, Paul wasn't satisfied with the opportunities he was receiving at the English club, and in 2012 he joined Juventus after not signing a new contract.

While in Italy, Paul Pogba truly made a name for himself. After a couple of promising seasons, Pogba was considered one of the best young players in Europe. By 2014, he had renewed his contract with the apparent intent of staying in Italy for the foreseeable future. By the end of 2016, he had reached a whole new level of play, and he finished the season as the joint top assist provider.

Before the 2016-17 season, Pogba was convinced to return to Manchester United after the English club paid a transfer fee of almost 90 million pounds, plus bonuses of 5 million Euros. This was a record-breaking transfer fee, and as of 2020, it has not been broken by any other English club. Although he started slow, Paul made an impact on the struggling United and gained the admiration of manager Jose Mourinho.

By the 2017-18 season, Pogba was the subject of criticism due to his perceived lack of discipline, especially when it came to his defensive duties. By the 2018-19 season, even Mourinho was criticizing Paul. Their relationship began to deteriorate, but eventually it was Mourinho who was sacked – not Pogba. After Ole Gunnar Solskjær took over as manager, Pogba was given more opportunities and started to show his potential once again. However, fans started to turn on him by 2020, and he was strongly linked to a move away from United.

In terms of his international career, Pogba played a major role in France's Euro 2016 run, although his team was defeated by Portugal at the final. However, Paul bounced back in 2018, leading the team to victory at the World Cup. 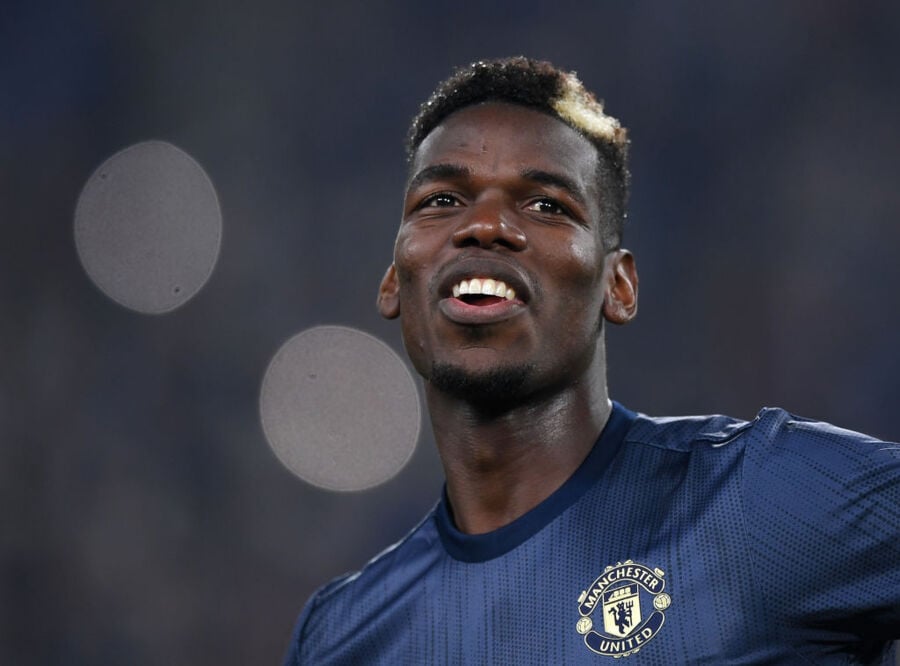 Style of Play: Paul Pogba is a central midfielder who acts as a playmaker for Manchester United. When Pogba moves forward on attacking plays, he often drifts out to the wing. He is also known for his work ethic and physicality, excelling in the air. Pogba often strikes the ball from distance, scoring goals with accurate, long-range shots. He first emerged as a playmaker during his final season at Juventus, whereas previously he was playing a less creative role. Pogba has been compared to legends such as Patrick Viera, Michel Platini, and Zinedine Zidane.

Salary Details: As of 2020, Paul Pogba reportedly earns 290,000 pounds per week. In 2016, he earned roughly 15 million pounds through his Manchester United salary alone. This is roughly equivalent to $33 million per year. After four years with Juventus, Paul Pogba returned to Manchester United in 2016. He signed a five-year contract that pays a $28-million annual base salary. He currently earns an additional $6-10 million per year from endorsements.

Brand Endorsements: Paul Pogba has had a sponsorship deal with Adidas for many years, and often promotes Adidas products in various commercials. He is also a regular addition to the "FIFA" video game series published by Electronic Arts. Between June 2017 and June 2018, Paul Pogba earned $30 million from salary and endorsements, which included $5 million purely from endorsements. That was enough to make him one of the 50 highest-paid athletes on the planet.

Real Estate: In 2017, it was reported that Pogba had purchased a 2.9-million-pound home in Cheshire – not far from the Red Devils' training ground in Carrington. He scooped up the property for 600,000 pounds under the asking price, and it was originally on the market for just under 3.5 million pounds. The residence boasts a number of notable features, including an indoor swimming pool, a sauna, and an advanced media room.

In 2020, Paul picked up a luxurious condo in Miami. Housed on the 61st floor of the One Thousand Museum, the apartment sits in a towering building designed by Zaha Hadid. Many other celebs own property in the building, including David Beckham and Victoria Beckham. The financial details of the real estate deal were never revealed. There are a number of unique and artistic common spaces in the building, including a sky lounge and a private helipad. 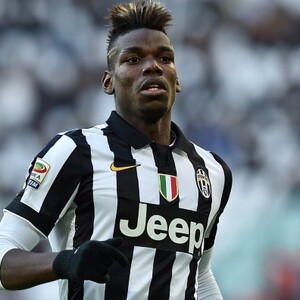