Patrice Evra Net Worth: Patrice Evra is a French international footballer who has a net worth of $10.5 million. He can be seen playing both for the Premier League club Manchester United and the French national team, serving as captain for both Manchester United and France. Born Patrice Latyr Evra on15 May 1981 in Dakar, Senegal, he initially made a name for himself as an attacker and then as a left-back.

The son of a diplomat, Evra was brought to France at the age of seven. Spending the rest of his childhood in France, he started his football career playing for various French clubs like the hometown CO Les Ulis and CSF Brétigny. It was in 1997 that he had a stint at a pro club, Paris Saint-Germain, and the next year he inked his first professional contract with Marsala in Sicily. Having made his pro debut with the team, Evra went on to play for another Italian club, Monza, before getting back to France to play for Nice. In 2002, he joined Monaco helping the team win the 2003 Coupe de la Ligue and reach the 2004 UEFA Champions League Final. 2004 turned out to be a prolific year for Evra as he was named Ligue 1 Young Player of the Year by the National Union of Professional Footballers (UNFP) domestically. His career was taken a step ahead as he moved to the English club Manchester United in January 2006 for a fee of around £5.5 million. While playing for United, he has won numerous trophies including a win of the Football League Cup in his debut season, along with five Premier League titles, one UEFA Champions League title, one FIFA Club World Cup, three League Cups, and four Community Shield titles. In addition to the above, Evra is also a France international who participated in three major international tournaments for France; the 2008 and 2012 editions of the UEFA European Football Championship and the 2010 FIFA World Cup. 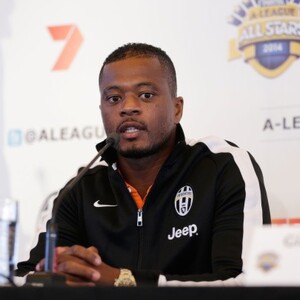