Park Ji Sung net worth: Park Ji Sung is a South Korean professional soccer player who has a net worth of $15 million. Park Ji Sung was born in Goheung, Jeollanam-do, South Korea in February 1981. He was a midfielder who played his youth career for Myongji University in 2000. He played his senior career for Kyoto Purple Sanga from 2000 to 2003 appearing in 76 matches while scoring 11 goals.

Sung played for PSV Eindhoven from 2003 to 2005 and scored 13 goals in 65 caps. From 2005 to 2012 he played or Manchester United where he scored 19 goals in 200 games. Sung played for Queens Park Rangers from 2012 to 2014 and was loaned to PSV Eindhoven from 2013 to 2014. He also represented Korea in international competition on the Under-23 and senior teams. Sung won four Premier Leagues, three Football league Cups, four FA Community Shields, a UEFA Champions League, a FIFA Club World Cup, a KFA Football of the Year Award, and an MLS All-Star Game MVP Award. He currently serves as a club ambassador for Manchester United. 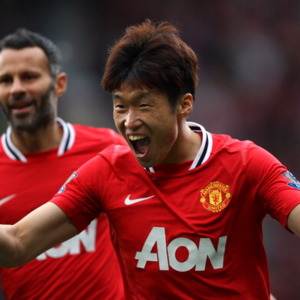