Obafemi Martins net worth: Obafemi Martins is a Nigerian professional soccer player who has a net worth of $25 million. He is best known for his speed and for playing for the Nigerian national team. 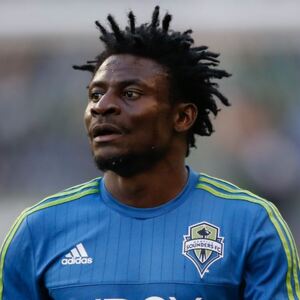