Luis Nani net worth and salary: Luis Nani is a Portuguese football player who has a net worth of $30 million dollars. Born in Praia, Cape Verde on November 17, 1986, Nani is best known for his position as winger for club Manchester United. He stands at five feet and nine inches and made his professional debut with Sporting Clube de Portugal.

He began his youth career in 2000 with Real Massama, followed by Sporting CP from 2003 to 2005. In 2005 he began his senior career, and in 2007 he joined Manchester United with whom he currently plays. He also represents the Portugal national team. Nani was recognized as the SJPF Young Player of the Month in May 2007, and he won the Community Shield on his debut at Manchester United. He is a first choice winger for the club and has won the Football League Cup, FIFA World Cup, and a total of three Community Shields. He was nominated for the PFA Young Player of the Year award in 2011. Nani learned to play football by his older brother when he was a young boy, and he often played with childhood friend, Manual Fernandes. Nani's first club allowed him to gain food, money, and a passport. He is known to celebrate goals with a "mortal," also known as a "leap of death," which is extracted from Nani's interest in capoeira. 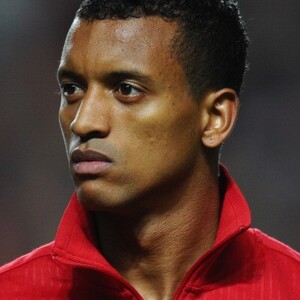