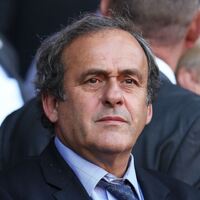 What is Michel Platini's Net Worth?

Michel Platini is a former French football player, manager, and executive who has a net worth of $15 million. After a successful playing career that reached its peak during the 80s, Platini became one of the leading figures in football's governing bodies, most notable FIFA and UEFA. Michel became the president of UEFA, only to be banned from any involvement in soccer after he committed ethics violations.

As a player, Michel represented clubs like Nancy, Saint-Étienne, and Juventus. He also represented his home nation of France in multiple world cups. Due to his goalscoring abilities and leadership qualities, he is considered one of the best players of all time. He earned the nickname "Le Roi," which translates to "The King," and he won three consecutive Ballon d'Ors from 1983 to 1985. He also won the Euro Cup with France in 1984, a tournament which also saw him win the golden boot after becoming the top scorer and best overall player.

After retiring from football, Platini worked as a coach for the French national team. In 1998, he co-organized the World Cup in France. By 2007, he had become the president of UEFA, becoming the first former player to be elected into office. In addition, he became the chairman of FIFA's Technical and Development Committee and the vice-president of the French Football Federation. Due to violations stemming from conflicts of interest, he was banned from the sport entirely by FIFA's Ethics Committee in 2015. Many fans have expressed regret that the legacy of such an incredible player has been irrevocably tarnished by controversy.

Michel François Platini wsa born on June 21st of 1955 in Jœuf, France. Raised in the Lorraine region by Italian parents, Michel started playing football at a very young age. His father was a former professional player who eventually became the director of the French club AS Nancy. At the age of 16, Platini failed several trials with major French teams, leaving him with no choice but to begin his career with his father's club, AS Nancy.

Although Platini started off on Nancy's reserve team, he eventually won a place on the first team. During his first match, he spent most of his time having objects thrown at him by unruly fans as he sat on the bench. These fans also spat on him. Eventually, Platini became an integral player for Nancy, establishing himself as a free-kick specialist. During this period, he played for France in the World Cup for the first time and ultimately disappointed his nation's supporters. In 1979, he signed a three-year contract with Saint-Étienne. He would spend the next three years there with lackluster results.

In 1982, he signed a new contract with Juventus. This proved to be more fruitful, as the Old Lady won the Serie A title in 1984 and 1986 with Platini's help. He eventually retired in 1987. Despite his unquestionable ability, Platini could not help France progress past the semi-finals in various World Cups. He did, however, lead his team to victory in the Euro Cup of 1984, scoring 14 goals in only five games.

During his playing career, Platini amazed fans with his exquisite passing, stunning free kicks, and overall intelligence. He was also known for his dribbling ability and his leadership qualities. However, some critics bemoaned his lack of stamina and unwillingness to help with defensive duties. Michel was never sent off during his entire career. 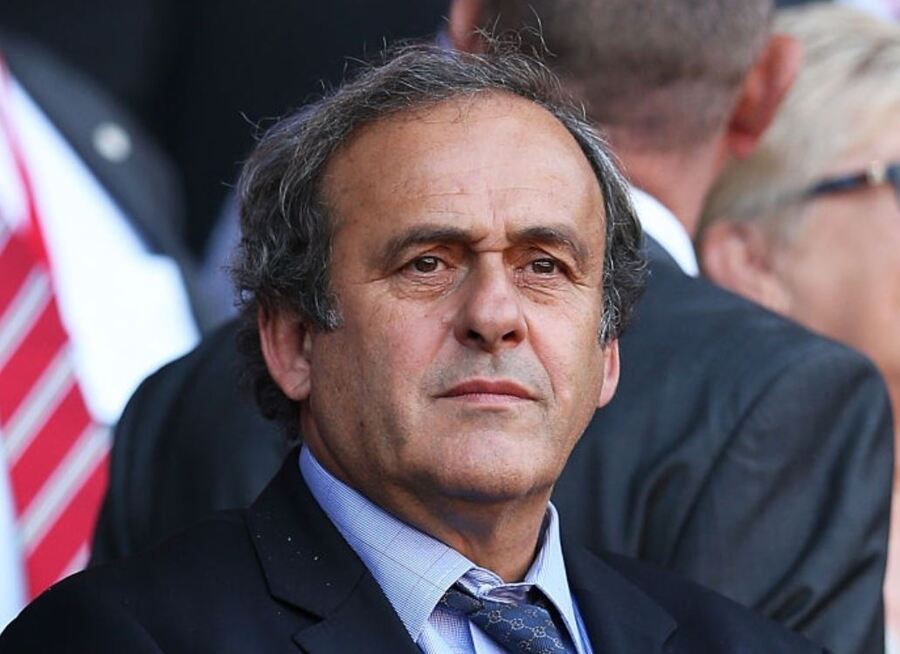 After a rather unimpressive stint as manager of France's national team, Platini turned his post-playing career attentions towards football administration. By 1998, he had become the head of the organizing committee for the 1998 World Cup, alongside Fernand Sastre. Prior to this, he had served on the UEFA Technical Development Committee. He then served on UEFA's Executive Committee and FIFA's Executive Committee. Over the years, he steadily became more influential within both of these organizations, eventually becoming the chairman of FIFA's Technical and Development Committee. During this time, Platini also became the vice-president of France's Football Federation.

The same year he became chairman of FIFA's Technical and Development Committee, Platini also announced his intention to run for the UEFA Presidency. He won the election and championed a number of policies. These included wage caps and limitations of foreign ownership of clubs. In 2015, Sep Blatter was forced to step down as FIFA president amidst a shocking, wide-ranging corruption scandal. Platini immediately announced his intention to replace Blatter. However, he eventually backed out of the race in 2016, claiming that the "timing wasn't good" for him."

After Platini backed out of the FIFA presidential election, he was investigated by the same Swiss prosecutors who were investigating Blatter. It was eventually discovered that Blatter had made a questionable payment of $2 million to Platini. Further questions were raised, and FIFA's independent ethics committee began formally investigating Platini and Blatter in 2015. Later that year, Michel was suspended from any football-related activity. By December, the committee announced that both he and Blatter were guilty of ethics violations, and they had been barred from the sport until 2023.

Although Platini tried to appeal the decision, the courts rejected these efforts. One year later, he was named in the Panama Papers. In 2018, he appeared to turn on his former masters at FIFA, claiming that the World Cup draw in 1998 was fixed, as the organizing body did not want France and Brazil to face each other until the final. In 2020, it was reported that Michel was considering a return to football once his ban expired.