During his professional career Ballack played for Chemnitzer FC II, Chemnitzer FC, FC Kaiserslautern II, FC Kaiserslautern, Bayer Leverkusen, Bayern Munich, and Chelsea. He is one of the top goal scorers for Germany in their team history. Pele named Ballack as one of FIFA's 125 Greatest Living Players. He was awarded with German Footballer of the Year three times and was the UEFA Club Midfielder of the Year in 2002. He signed with Bayer Leverkusen for $4.1 million Euros and with FC Bayern Munich for $12.9 million Euros. He won the Bundesliga and FA Cup. In 2002 he helped lead Germany to the World Cup Final. Ballack has won two silver medals and two bronze medals with Germany in the World Cup, UEFA European Championship, and FIFA Confederations Cup. He announced his retirement in October 2012. He went on to work for ESPN alongside Alexi Lalas for coverage of Euro 2012. He married Simone Lambe in 2008 and the couple has three children. They divorced in 2012. 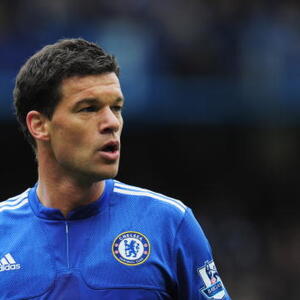