Mauricio Cienfuegos net worth: Mauricio Cienfuegos is a Salvadoran professional soccer manager and former professional soccer player who has a net worth of $10 million. Mauricio Cienfuegos was born in San Salvador, El Salvador in February 1968. He was an attacking midfielder who started his career with Racing Junior. Cienfuegos also played for Soyapango, Luis Angel Firpo, Morelia, Santos Laguna, Jaibos Tampico Madero, and the Los Angeles Galaxy where he scored 35 goals in 206 appearances. Cienfuegos also represented El Salvador on their national team from 1987 to 2003. He managed Nejapa in 2008 and since 2011 he has managed the Los Angeles Galaxy academy. He has won the Primera Division de Futbol Professional three times, the CONCACAF Champions' Cup, and the MLS Cup. 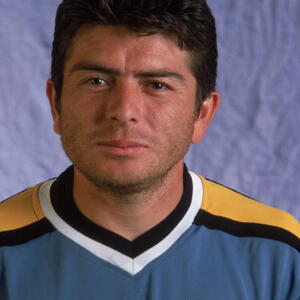