How much is Martin Palermo Worth?

Martin Palermo net worth and salary: Martin Palermo is an Argentine soccer manager and retired professional soccer player who has a net worth of $30 million dollars. Martin Palermo was born in La Plata, Argentina in November 1973. He started his career at Estudiantes de La Plata from 1992 to 1997 and played with Boca Juniors from 1997 to 2000. He signed with Villareal in 2001 for a $7.6 million Euro transfer. He also played for Betis and Alvares before returning to finish his career with Boca Juniors from 2004 to 2011. Palermo also represented Argentina in international competition from 1999 to 2010. He made the Guinness Book of World Records after missing three penalties for Argentina against Columbia in 1999. He participated in the 2010 FIFA World Cup in South Africa. He became the oldest Argentine national player to score a goal in the World Cup. Palermo was a top scorer for Boca Juniors 16 teams. In 1998 he was named South American Footballer of the Year. He received an American Golden Shoe in 2007. In 2012 and 2013 he managed Godoy Cruz and started coaching for Arsenal in 2014. 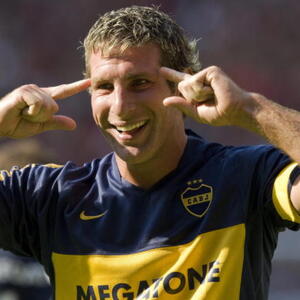