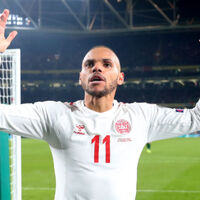 What is Martin Braithwaite's net worth and salary?

Martin Braithwaite is a professional footballer from Denmark. Martin Braithwaite has a net worth of $50 million. His annual base salary is $6 million. Primarily a forward, he plays for both the Denmark national team and Spanish club Barcelona. Braithwaite can also play as a winger, which he has done for Lionel Messi.

Early Life and Club Career Beginnings: Martin Braithwaite was born in 1991. He is of Guyanese descent on his father's side, and has a younger sister named Mathilde, who plays football for KoldingQ and Denmark's U-16 national women's football team. When Braithwaite was five, he was diagnosed with a childhood hip disorder.

After starting out at the sports academy Sædding-Guldager Idrætsforening, Braithwaite joined the biggest club in his city, Esbjerg fB. Subsequently, he spent a brief period of time at FC Midtjylland's sports academy, before returning to Esbjerg and signing a three-year youth contract in 2007. Braithwaite made his debut with Esbjerg in 2009, appearing in 63 Danish Superliga games and scoring 12 goals. His greatest professional success thus far came during the 2012-2013 season, when he appeared in every league game for the club and won the Danish Cup. Due to his impressive playing, Braithwaite was called up to the Danish national squad. While he was away for an international tournament against Poland, it was reported that he had been sold to French club Toulouse FC.

Continued Club Career: In the summer of 2017, Braithwaite signed a four-year contract with EFL Championship club Middlesbrough. He made his league debut for Middlesbrough at the Molineux Stadium, where the club was defeated by Wolverhampton Wanderers. In September, he scored his first goal for the club in a 2-2 tie with Brentford. In early 2018, Braithwaite was loaned out to Bordeaux for the remainder of the season. Although he subsequently returned to Middlesbrough, he expressed a desire to leave the club to go play in Spain. 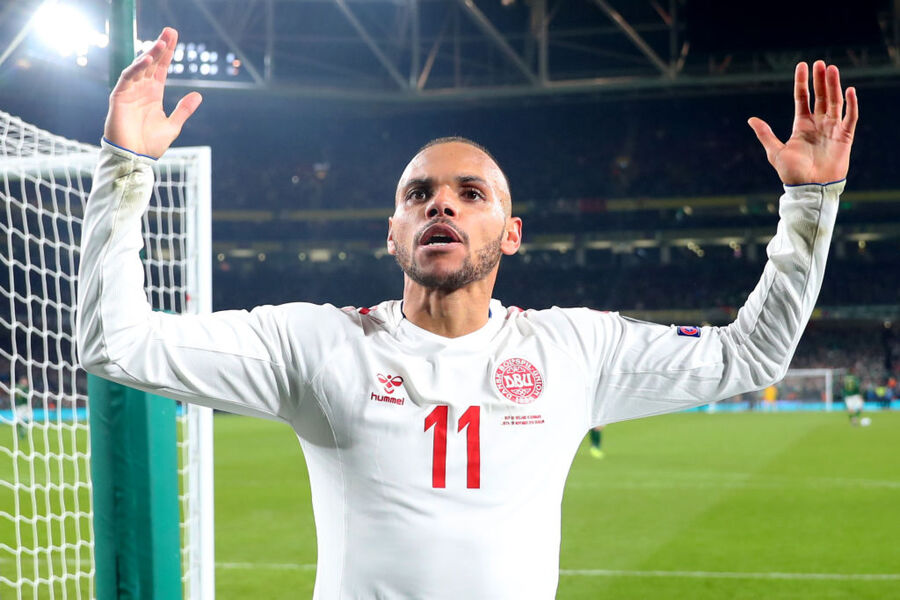 At the beginning of the 2019 January transfer window, Braithwaite joined the Spanish CD Leganés in a loan deal. In his debut, in which he came on as a substitute for Guido Carrillo in the last 26 minutes, the club won against SD Huesca. Four days later, Braithwaite scored his first goal with the club in a home victory against Real Madrid. He finished the season with four goals and 19 league appearances. In February of 2020, FC Barcelona triggered Braithwaite's release clause, and signed him to a four-and-a-half year contract. Just two days later, Braithwaite made his debut in a home game against Eibar. He assisted in the fourth and fifth goals in the club's 5-0 victory. Later, in June, Braithwaite scored his first goal for Barcelona in a 4-0 win against RCD Mallorca. More success came in November, when he scored his first two Champions League goals in a 4-0 victory over Dynamo Kyiv. In early 2021, he scored the winning goal against Sevilla to secure Barcelona a place in the Copa del Rey Final.

Personal Life: Braithwaite is married to French journalist, entrepreneur, and television personality Anne-Laure. Together, they have two sons. Braithwaite is also the stepfather of her two children from a prior relationship. With Ann-Laure, Braithwaite owns a clothing brand called Trente.

Braithwaite is the nephew of American-based real estate developer Philip Michael, with whom he co-owns real estate in New York and New Jersey. The pair owns around 1,500 apartments with hundreds more under development, and their business is estimated to be worth about $250 million.