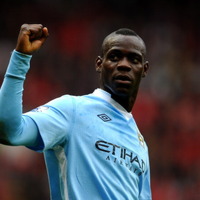 What is Mario Balotelli's Net Worth and Salary?

Mario Balotelli is an Italian professional soccer player who has a net worth of $80 million. Mario's career is best described as "up-and-down." He has experienced many high points throughout the years, but he has failed to deliver on his potential in the eyes of many. The common story with his career is that disciplinary issues and bad behavior get in the way of his success as a professional footballer. From 2019-2020 Balotelli played for Brescia, a team in the Serie B. From 2020-21 he played for Monza. For 2021-2022 He played for Adana Demirspor and Sion. He also plays for the Italian national team. His career has taken him from Italy to England, where he played extensively for Manchester City. He has also played for various clubs in France. His nickname is "Super Mario."

Mario Balotelli Barwuah was born on August 12th of 1990 in Palermo, Italy. Although he was born to Ghanaian immigrants, he was put into foster care when his family could no longer provide for him. He was adopted by Italian parents and was raised in a Jewish household in Brescia.

At age 15, Mario was promoted to the first team of Lumezzane, debuting in a match against Padova in the Serie C1 league. Although he was considered by Barcelona, Balotelli eventually signed with Inter Milan in 2006. In 2007, he earned a spot on the first team and made his Serie A debut. After a number of impressive goals, Mario started to gain widespread attention from the Italian press.

At the age of 18, Balotelli was scoring goals for fun at the Champions League. However, things weren't always bright for Mario. In 2009, he was racially abused by Juventus fans. Although Inter won Serie A that year, Mario would soon start to slip into unprofessional behavior off the pitch. This was made worse when Mourinho started managing the team – a man famous for his focus on discipline.

Mourinho continuously criticized Balotelli throughout his tenure, and the manager refused to play the striker for a Champions League match against Chelsea. Things reached a boiling point when Balotelli tossed his Inter Milan jersey at fans who had booed him. This provoked fans into attacking Mario, and his teammates criticized his actions.

In 2010, Balotelli signed for Manchester City, joining his former head coach Roberto Mancini. As a 22 year old he signed a $36 million contract with Manchester City. He played well during the first season and scored a hat-trick against Aston Villa. However, he still failed to keep a lid on his temper and he continued to receive red cards. Things got worse during his second season, and he was suspended for four matches at one point after kicking another player. In total, he received four red cards during his second season at Manchester City.

In 2013, Mario was signed by AC Milan. Things seemed more stable for him in Italy, and he continued to play well. In 2014, he signed for Liverpool for a 16-million-pound transfer fee. Although he was intended to be a replacement for Luis Suarez, Balotelli failed to make much of an impact, scoring only four goals that season. This disappointing spell caused Liverpool to send Mario back to AC Milan on loan.

Balotelli then played in France for a number of years, first with Nice and then with Marseille. In 2019, he signed a multi-year contract with Brescia, the club of his hometown in Italy.

Mario Balotelli is a typical "number 9" – a classic striker and goalscorer with height, speed, and technical ability. He is also a penalty kick specialist with an incredible record of 38 goals out of 42 penalties taken.

Although Mario has exhibited plenty of potential, he has also been criticized for his attitude while on the pitch. Various coaches have complained of his inconsistency, although his unpredictable temperament is probably his most derided feature. Because of his ill-temper, he often picks up needless bookings and has been sent off on numerous occasions. 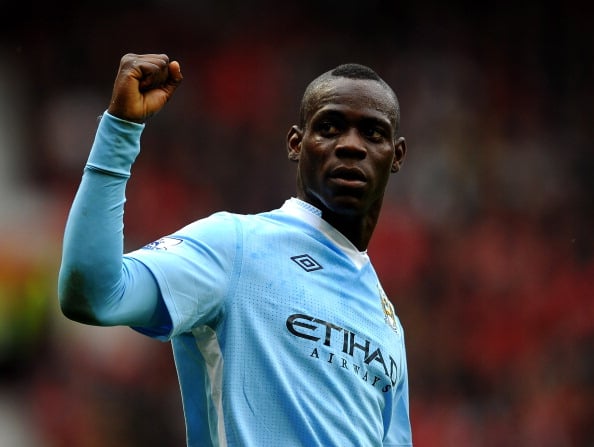 Balotelli is pretty much the definition of a controversial figure. In 2010, he and a few friends fired air pistols in a crowded plaza in Milan. Later that year, he was photographed hanging out with two mafia family members. Many Manchester City fans seemed to adore Mario as a result of his wild antics, and they even created a song about him. Within days of arriving in Manchester to play for his new club, Balotelli crashed his car while carrying 5,000 pounds in cash. When police asked him why he was carrying so much money, Mario simply answered "because I am rich."

After setting his house on fire as a result of an indoor fireworks mishap, Balotelli ironically became the Firework Safety Ambassador of Greater Manchester. Roberto Mancini once claimed that he didn't speak to Balotelli every day because if he did, he would need a psychologist.

Balotelli once dated Rafaella Fico, who later claimed that she was pregnant with his child. Although Mario vehemently denied that it was his child, he was eventually confirmed as the father after a positive DNA test. Balotelli also dated a woman named Fanny Neguesha between 2013 and 2014, and he was engaged to her at one point. In 2017, Balotelli had a second son, although the mother was never identified.

After spending many years in Manchester while playing for City, rumors started to fly in 2013 when he put his home up for rent, asking almost 14,000 pounds per month. The move was seen as a sign that Balotelli was getting ready to leave England in order to play football in Italy. The home he put on the rental market was quite extensive, featuring four bedrooms, an indoor pool, and a media room. Balotelli owned another property in England which was damaged after he and his friends lit off fireworks inside.

In 2014, it was reported that Mario had purchased another home in England. Valued at 4.75 million pounds, this property is located in Chester – not far from Liverpool where Balotelli played his football at the time. This residence came equipped with a private helipad, a small soccer pitch, and an indoor pool.