What is Marcus Rashford's net worth and salary?

Marcus Rashford is a professional English footballer who serves as a forward for both the Premier League's Manchester United and the England national team. As of this writing, Marcus Rashford has a net worth of $25 million. With United, he has won the FA Cup, EFL Cup, FA Community Shield, and Europa League. Additionally, Rashford represented England at the 2018 FIFA World Cup and the UEFA Euro in 2016 and 2020.

Marcus Rashford was born in 1997 in Manchester, England in a working-class single-parent household. He is of Kittitian descent, and has four older siblings: brothers Dwaine and Dane and sisters Chantelle and Claire. At the age of five, Rashford began playing football for Fletcher Moss Rangers, starting out as a goalkeeper. Subsequently, he spent a week training with Manchester City, and then joined the academy system at Manchester United. When he was 11, Rashford became the youngest player ever to be chosen for the Manchester United Schoolboy Scholars scheme.

In 2012, Rashford was part of the Manchester United under-15 squad. For the 2013-14 season, he trained with United's first team at the age of 16. Later, in the Under-18's Premier League, he scored six goals in 11 games, and was awarded the captaincy of the team.

For the 2015-16 season, Rashford was included in the 18-man squad for United's UEFA Europa League round of 32. Playing against Danish club Midtjylland, he marked his first-team debut with two goals in the second half, leading the team to a 5-1 victory. In the process, Rashford became United's youngest-ever scorer in European competition. Three days later, he made his Premier League debut against Arsenal, and again scored twice for a team victory. Not long after, Rashford made more history when he scored the lone goal in the Manchester derby; at 18 years of age, he became the youngest-ever scorer in the fixture in the Premier League era. Subsequently, during the FA Cup sixth-round replay against West Ham United, Rashford helped his team advance to the semifinal. Against Aston Villa three days later, he scored the only goal of the game. Later, Rashford led the line in the FA Cup Final against Crystal Palace, helping United win its 12th FA Cup in the process. At the end of the season, he won the Jimmy Murphy Young Player of the Year award for his achievements.

Midway through the 2016-17 season, Rashford won his third trophy in the EFL Cup Final, coming on as a 77th-minute substitute in a 3-2 victory over Southampton. Later in the season, he started in the Europa League Final, winning against Dutch team Ajax and earning his first European trophy. The following season, Rashford made his UEFA Champions League debut against Basel, and once again scored on a debut, leading his team to victory. In March of 2018, Rashford scored both goals in a 2-1 win over Liverpool in his first Premier League start of the year. However, three days later, United was eliminated from the Champions League.

Another of Rashford's major achievements came in January of 2019, when he scored the only goal in a victory over Tottenham Hotspur; the goal marked the first time he had scored in three successive league games. The next week, he made his 150th club appearance in a 2-1 win over Brighton & Hove Albion, becoming the youngest player in United's history to score in four consecutive league games. As a result, Rashford was announced as Manchester United's Player of the Month, and then as Premier League Player of the Month. 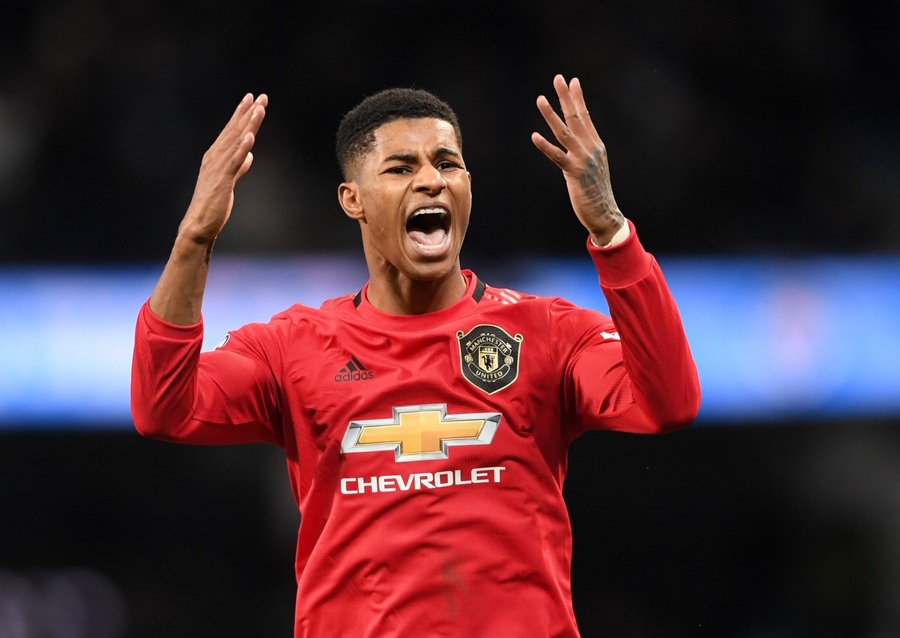 In July of 2019, Rashford signed a new four-year contract with Manchester. Following his goal that ended Liverpool's 17-match winning streak, Rashford went on the best goalscoring run of his career to date, making 16 club goals in 20 matches. Later, in the first match of the 2020-21 Champions League, he scored the winning goal in an away game against PSG. In the next match, Rashford scored his first United hat-trick in a 5-0 victory over RB Leipzig. By December, he became the third youngest United player ever to score 50 Premier League goals. In early 2021, Rashford scored the second goal in United's record-matching 9-0 win against Southampton.

Only months after making his United debut, Rashford was chosen as part of England's Euro 2016 squad, becoming the youngest player at the UEFA Euro tournament. He then became the youngest Englishman to score on his international debut when he made the opening goal in a match against Australia. Two years later, Rashford played for England in the 2018 FIFA World Cup, where he scored the opening goal of the team's final warm-up match against Costa Rica. He later started England's final group game against Belgium, and came on as a substitute to score in the round of 16 penalty shoot-out against Colombia. Progressing to the quarterfinals, it was England's best performance since 1990.

In the summer of 2021, Rashford played as part of the 26-man squad for Euro 2020. Brought on as a substitute in the final minutes of extra time in the tournament final, he fumbled a third penalty shot during a shoot-out, paving the way for Italy's victory. Following this loss, Rashford became the recipient of racist abuse on social media.

Rashford is an avid activist in the fight against racism, child hunger, and homelessness in the United Kingdom. He set up a food poverty campaign in 2019, and has used his internet presence to promote various charities, people, and businesses committed to doing social good. Rashford has received many honors for his efforts, including the inaugural FIFA Foundation Award and an honorary doctorate from the University of Manchester. 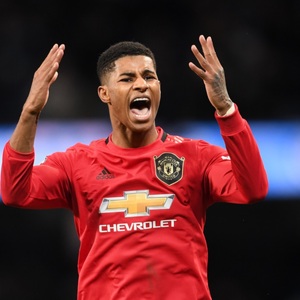