Marco Verratti net worth: Marco Verratti is an Italian professional soccer player who has a net worth of $5 million. Marco Verratti was born in Pescara, Italy in November 1992. He is a midfielder who played his youth career for Pescara. Verratti made his senior debut for Pescara in 2008 and played there until 2012.

Since 2012 he has played for Paris Saint-Germain. Verratti also represents Italy in international competition, playing for their Under-19, Under-20, Under-21, and senior sides. He won the Serie B with Pescara and has won the Ligue 1 three times, Coupe de France, Coupe de La Ligue twice, and Trophee des Champions three times. Verratti has won a Bravo Award, UNFP Ligue 1 Young Player of the Year, UNFP Player of the Month twice, and UNFP Ligue 1 Team of the Year three times. 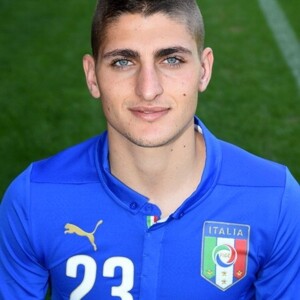