Marcelo Vieira net worth and salary: Marcelo Vieira is a Brazilian football player who has a net worth of $16 million dollars. Marcelo Vieira was born May 12, 1988. Viera got his start in futsal at age nine. Due to his poor background he almost gave up on football but because he was so talented the club that he played for did everything they could to keep him on the team.

Viera plays for Real Madrid and the Brazilian national team. He started on the team in 2007. His position on the team is a left back and left winger. Due to his talent Vieira is compared Roberto Carlos. Viera got his big break in 2007 when he became a substitute for the 2-D defeat against Deportivo La Coruna. Following that he got his first start for Real Madrid against Racing de Santander. Vieira's career really took off in 2010-2011 when he played under his coach Jose Mourinho, where he was able to play the position he played best as a left back. He was honored on November 2010 when he was listed among a 55 player shortlist for the FIFA World XI. Some have even referred to him as the best left back in the world. Vieira married his girlfriend Clarisse Alves in 2009 and they have a son named Enzo Gattuso Alves Vieira. 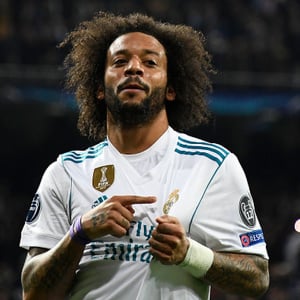