Marcel Desailly Net Worth: Marcel Desailly is a Ghanaian retired professional soccer player who has a net worth of $12 million. Marcel Desailly was born in Accra, Ghana in September 1968. As a Center Back and Defensive Midfielder Desailly started his career for Nantes in 1986. He joined with Marseille in 1992 and won the UEFA Champions League.

In 1993 Marcel joined the Milan side. He won another EUFA Champions League Cup and scored in the final. This made Desailly the first player to win the Champions Cup two years in a row with different clubs. With Milan he also won two Italian league titles in 1994 and 1996. In 1998 he moved onto the Chelsea club for $4.6 million pounds. He became captain at Chelsea and won the FA Cup in 2000. In 2004 he joined Al-Gharafa and was club captain and won the Qatar League in 2005. The next season he joined Qatar SC for one year before retiring. Desailly also competed internationally for France from 1993 to 2004. With France he won the 1998 World Cup and was made Chevalier of the Legion d'honneur. He won the Euro 2000 and was made captain of the French side. He also won the Confederations Cup in 2011. After retiring he became an analyst for the sport. He has been a spokesperson for Betclic and had a mobile phone game Marcel Desailly Pro Soccer in 2003. In 2014 he was being considered as a coach for the Malaysia national football team. 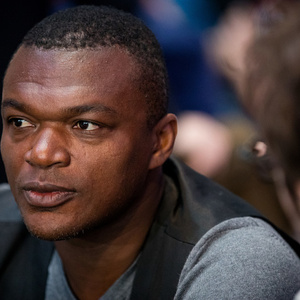