Luis Garcia Net Worth: Luis Garcia is a Mexican retired professional soccer player who has a net worth of $10 million. Luis Garcia was born in Mexico City, Mexico in June 1969. He was a striker and winger who started his senior career for UNAM in 1985. With the team he scored 75 goals in 195 appearances. During his professional career Garcia also played for Atletico Madrid, Real Sociedad, Club America, Atlante, Guadalajara, Morelia, and Puebla. He finished his career with 184 goals in 444 appearances. He was the Mexican Primera Division leading scorer in three seasons. He was also the leading scorer for three winter tournaments. Garcia also represented Mexico in international competition from 1991 to 1999 where he scored 29 goals in 79 caps. He scored both of Mexico's goals in their first round victory in the 1994 World Cup and was the tournament top scorer for the 1995 King Fahd Cup. Garcia retired in 2001 and became a commentator for TV Azteca. He took a job as the Vice-President of Monarcas Morelia but later returned to TV. Luis appeared in the film Guerrero 12 in 2011. 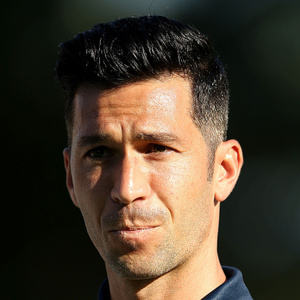